“Every Year, Every Time That I Play I Just Want To Prove To Myself That I’m The Best”

Your name Hauntzer has to be derived from the Pokemon. What made you choose this name and did you play a lot of Pokemon as a kid?

“Yeah I played Pokemon as a kid, I think everyone did. But it’s not from Pokemon. When I was growing up like in high school I was really into fighting games. I was browsing a fighting game forum and I saw a guy named ‘Hauntz’. And I thought, that sounds pretty cool, I wanna make that my name. I just wanted to steal his name for some reason ’cause you know, that’s what people do. I tried to make it my name on League and it was taken. So I added enough letters to make it sound alright and I just stuck with it.”

You’re on the 6th team and 7th year in your competitive career. What do you feel has allowed you to stay on top of your game after all this time?

“Well, the biggest factor is motivation and drive. You can never play this long and be a top-level competitor if you don’t have that. And every year, every time that I play I just want to prove to myself that I’m the best and beat everyone else. Without motivation or drive, you can’t do that for sure.”

How is the team environment at Golden Guardians compared to teams you’ve played for in the past? Do you all live in a gaming house together?

“When I was on TSM we had a gaming house. But when I joined Golden Guardians they made it clear that they wanted to keep it separate between work and life. So we all got apartments. I think it’s different for sure, there are pros and cons to each style. When you’re living in a house you’re always with each other. You get really close. But it can also make problems worse. You might start to hate your teammates cause you’re living with them. Living with someone is not easy. There is a good mix of work and life balance in GGS, and I think that makes us have really good relationships with each other.”

How do you feel you match up against the North American top laners at this point in your career? Do you still feel confident that you are one of the better performing tops?

“Oh for sure. I don’t feel like I’ve really dropped the ball at all. You’re always improving over time. Even though some other players may have gotten better results than me, it doesn’t mean that I’ve dropped as an individual. I’m still very confident in myself.”

Who do you feel is your biggest competition in the league right now in the top lane?

“I guess it would be Licorice. We’re both native North American top laners. There are a lot of imports and I feel like the native tops haven’t really gotten to the highest level yet. They haven’t played that many international tournaments as players like Impact and Ssumday. Licorice is the only other native top that has gotten to that level.”

Are there any new players in the League that performed better than you anticipated this past split? Any that maybe surprised you with their talent?

“One name for sure is my very own teammate Closer. He came from Turkey, a wildcard region. Not very many people expected much from him. But after working with him, for just a split, I feel like he has a lot of potential. He really understands his role really well in the game. Even though he can be a bit childish at times and acts like a five-year-old he’s a great player.”

Your Jungler Closer has become recognized as one of the best performing junglers in the league after just one split over here in NA. I can see the impact he has on the Rift, how does he fit into the team environment outside of the game? Does he take on a leadership role?

“I feel like he’s the type of person who’s not afraid to speak his opinion. And that’s something every team should have. We need to keep each other accountable. If someone makes a bad play we need to call each other out. It’s usually him and I that call people out when needed. Yeah, he can be a bit childish at times where he brings this goofy atmosphere. But you can always tell he always wants to win and perform his best.”

With Doublelift and Biofrost returning to TSM we have 3 out of 5 of the original 2016 Summer TSM Roster. Would you ever consider rejoining TSM or any of these players perhaps on a different org?

“Yeah I mean it’s certainly a possibility. Probably not a likely one, but yeah it could happen. I wouldn’t mind playing with them again, I think they are all great players. I feel like if we had that same team now, the 2016 TSM team, we would probably win NA. Just like that.”

GGS just signed Damonte and announced he would be playing in the starting role for this upcoming split. What did you know about Damonte before his arrival to the team and what was your reaction to his signing?

“Well, I’ve played against Damonte for about a year now. And I know that he’s the type of player that likes to make kind of early game plays. He’s not the type of player that likes to farm up and scale for late game. He wants to be very active and help his teammates. Overall just a really good team player. From playing with him for the past week or two I think he’s a really good teammate.”

Do you have any pocket picks you have been practicing for the upcoming split?

“There will still be some Ornn duty for sure. But they just released the reworked Volibear. I think the champ has some potential; it just needs some theory crafting. I was thinking about playing it AP but I’m not sure. He has some pretty good AP ratios. Maybe I can bring that out.” 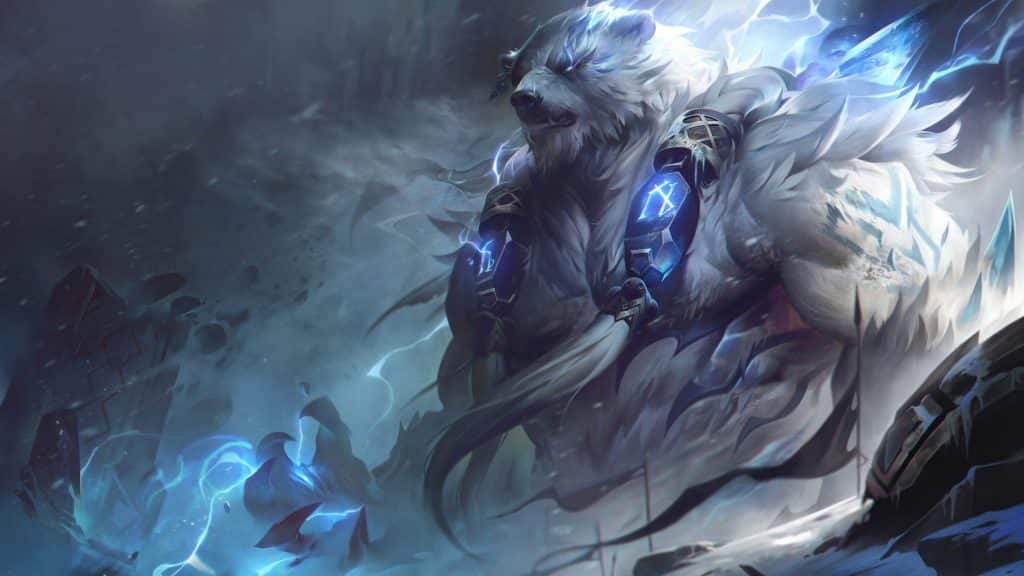 What are your thoughts on Volibear overall? The general reception from the community is that he’s interesting for sure, but kind of underwhelming and weak on release.

“I would say the biggest thing I feel when playing him is that he’s kind of clunky you know? Some of the spells and animations don’t really make much sense or are kind of slow. It’s like when they reworked Sylas they made him into such a smooth champion. Sylas just fights everyone and feels really good. Volibears playstyle rewards long fights and all-in, but these can be really hard to get. People can just walk away from you and you won’t get your second W proc. It’s going to take some time for people to learn.”

How has the online format for the LCS changed your perspective on the league? Does it make some aspects of playing harder or easier?

“Honestly, it hasn’t had that much of an effect. It does feel like less of a ‘game-day’ when you’re showing up to the office or playing from home. It doesn’t feel as serious. That’s the biggest thing. I think it may or may not help other teams where you might have a rookie who gets really nervous on stage. When they play in their own house they might be a lot more comfortable and they may perform differently. That’s an edge that players like me who have been playing for a long time and are very comfortable playing on stage. We don’t mind the pressure at all, we may even perform better on it.”

I know you guys are good friends, but who would win in a theoretical fight between you and Dennis “Svenskeren” Johnsen?

*Laughs* “I would win hands down. Dennis is a big guy but he doesn’t know anything about fighting. But I don’t want to fight him anyway, he’s my good friend. But I would still win, I mean… come on.”

Stylish Survival Title Little Devil Inside Coming To The PlayStation 5