Here are some of the best Dota 2 heroes that you can play if you’re new to the game.

Dota 2 is often regarded as one of the biggest esports in the world, which is why it has millions of fans. If you are one of the many people who is just getting started, you should be aware that this game can be a bit intimidating.

Once you learn the basics, you’ll have to spend some time figuring out which heroes work for you. However, there are over 119 heroes to choose from; which means that it’s not going to be easy.

Lucky for you, we’ve put together this guide to showcase some of the best heroes you can pick as a beginner. We’ve included both cores and supports so that you can decide what type of hero you want to play.

CM is widely regarded as one of the most popular support heroes in the game. While it’s true that she is really fragile, Crystal Maiden is easy to play and can help her team a lot. That’s why this is often the go-to hero for most new players who want to support.

Apart from being a strong laner, this hero is also capable of doing loads of damage! However, she’ll have to buy at least a few items before that because otherwise, she dies pretty fast.

Crystal Maiden is really popular in many lane combos. She works well with Juggernaut and Slark, just to name a couple.

One of the easiest heroes that you can pick in the mid lane is Sniper. While it’s true that surviving with this hero is not that easy in the beginning, once you get a few items, you can stay far away and do damage to everything.

Apart from the fact that there are no skillshots that you need to worry about, Sniper’s two active spells can be used with little to no effort. That’s why you can often see people going for this hero.

However, you need to be aware of the fact that Sniper is extremely fragile. This means that he can die really fast. so always look at what’s happening around you.

The next hero that’s usually considered noob-friendly is Spirit Breaker. This hero has three active abilities, one of which is his ultimate. Nonetheless, all he needs to do is charge and ult the proper target in order to be effective.

As a result, this is usually the go-to pick for most players, especially when they want to have fun. Sure, playing Spirit Breaker might not be the most interesting thing in the world, but the hero allows even new Dota 2 players to be effective.

One of the strongest core heroes that you can pick if you have no experience at all is Wraith King. This hero always has one of the highest win ratings and it’s for a reason. Due to his tanky nature and incredible damage output, WK is an amazing hero to have in your team.

He has two active spells, one of which is a single-target stun. This means that you can’t really go wrong with him unless you just keep dying. However, even if that happens, the hero has Reincarnation — which means that he’ll be back.

The good thing about Wraith King is that he works really well alongside many heroes. So, even if you have no idea about the best Dota 2 combos, you can still end up with something good if you go for WK.

This hero is really similar to Wraith King in terms of how easy and effective it is. Even though you have three active spells, you will mostly use two of them. Both of which are super easy. The fun with this hero starts once you hit that level six. Thanks to the incredible ultimate, Phantom Assassin is capable of doing the most physical damage in Dota 2. Of course, this is only possible if you have the proper items.

PA is one of the core heroes that can be played both in the safe lane and mid. So, it just depends on what kind of heroes you need to play against. 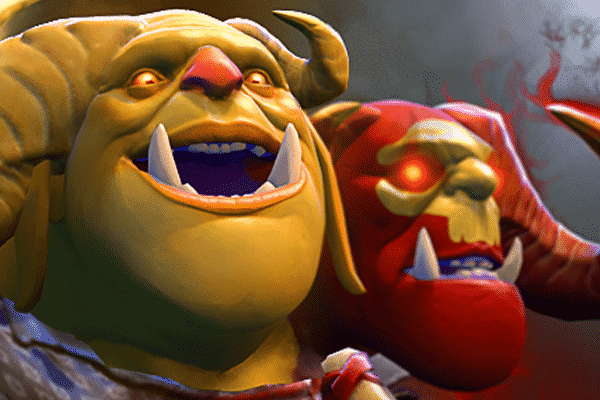 Ogre is one of the best support heroes for new players. He is tanky, does a lot of damage, and also happens to have one of the best buffs in the game. Sure, he can be a bit boring at first, there’s no arguing that.

Nevertheless, once the team-fights start rolling in, you will quickly see that this hero can really shine. Thanks to Blood Lust, Ogre Magi is an irreplaceable part of some combos that focus mainly on physical damage carry.

The last hero that we will put on this list happens to be one of the most dominant mid laners in the game. Although Viper might seem complicated at first, you’ll quickly realize that this isn’t the case once you pick him.

This hero is known for his ability to completely dominate the enemy laner. This means that you should be able to win your lane and do loads of damage in the mid game. Despite the fact that this is not one of the fastest-farming heroes, Viper is still capable of wave-clearing, thanks to his second skill.

If you’re just diving in to Dota 2 you can’t go wrong picking one of these heroes. But, don’t forget to read at least a few guides before you decide to play with any hero. It’s really important to know the basics because this will help you when you have to play against someone who is better than you.

Call Of Duty Warzone The Last Samurai You will be paid $150 for your participation : gamers