Mark your calendars, race fans. The team here at Codemasters are delighted to announce that Dirt 5 launches October 9 on Xbox One!

Since the reveal of Dirt 5 during May’s Inside Xbox show, it’s been amazing to see the Xbox community’s reaction to the return of the amplified, wilder side of the Dirt franchise, which takes you across the globe in an array of off-road machines, tackling extreme terrain in incredible locations. That’s all set in this bright and bold racing vibe that encourages you to let loose and enjoy everything Dirt 5 has to offer.

Of course, alongside the October 9 release for Xbox One, we’re full speed ahead with launching Dirt 5 on Xbox Series X, too. Leveraging the power of the console through incredible graphical fidelity and further optimized performance – including a 120fps mode – Dirt 5 on Xbox Series X is set to blow… your… mind.

The best part? Thanks to Xbox Smart Delivery, if you pick up Dirt 5 on October 9 for Xbox One, then make the jump to next-gen, you’ll get the Xbox Series X version of Dirt 5, free of charge.

In every month up to October, we’re focusing on a key aspect of Dirt 5 and bringing you all manner of news and insight on what you can expect from our amplified off-road racer. Throughout June, we’re breaking down Career mode – the biggest and most ambitious of its kind in the franchise.

In terms of the nuts and bolts, the headlines are: 130 unique events across five chapters, covering nine different race types. Players choose how they play with multiple progression paths, with big rewards and special events opening up along the way. Represent real-world brands with 20 sponsorships, each with their own unique liveries and objectives hit. With a focus on action, variety and choice, you’ll be challenged with mastering extreme dynamic weather, intimidating terrain, and the most powerful off-road cars. Got what it takes to own the spotlight, and ensure nobody forgets your name?

If we stopped right there, that’s a Career mode we’re really excited to be bringing you – but there’s one particularly tasty cherry to drop on this cake. Dirt 5’s Career is driven by a story and an audio-based narrative, starring none other than Troy Baker and Nolan North. These icons of gaming play the respective roles of the player’s mentor and main antagonist, setting the scene for so much of the narrative built around your Career experience.

Alex ‘AJ’ Janicek, voiced by Baker, is the undisputed star of the off-world racing world that you’re just getting started in. Bruno Durand, voiced by North, is a cold, calculated veteran of motorsports, dead-set on dominating the world of Dirt. These two characters are bound to collide – and when they do, the result creates an opportunity for the player to emerge as a new superstar of the sport.

The whole story is tracked and pushed forward by the in-game Dirt Podcast by Donut Media, hosted by the real-world car culture and automotive content heroes at Donut Media. Their audio show sets the scene and stirs the pot, with big news and interviews with AJ, Bruno and other guest stars. Make sure to check out our latest Dirt 5 video, where Baker, North, Donut Media and our Dialogue Producer Olly Johnson reveal all on the story, and the free-form recording style that brings the narrative to life.

That’s just one feature of Dirt 5 that we’re shamelessly getting hyped for you to play. Over the coming months we’ll reveal more on multiplayer, split-screen, car classes, truly extreme events, livery editor, photo mode and a brand new feature for Dirt, never before seen in the franchise.

Got all of that? Good. Now, I think I need a lie down… 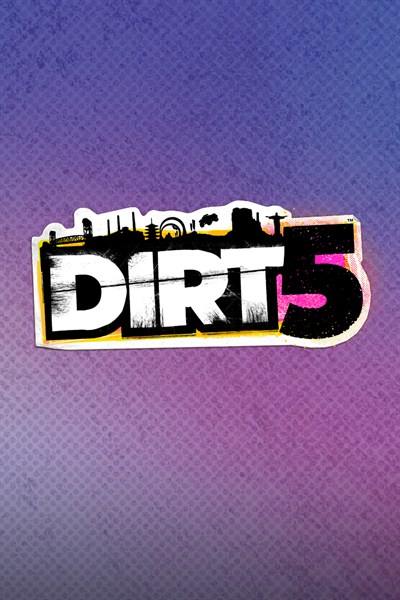 Let Loose
Whilst respecting the heritage and retaining the DNA of the franchise, DIRT 5 writes a new chapter in the legacy of DIRT – bolder and braver than ever before. New features, new innovations and a fresh approach make DIRT 5 a hub of off-road racing, style and culture, where you can constantly create highlight-reel moments.

Blaze a Trail Across the Globe
Take a trip around the world to and race on over 70+ unique routes across 10 different global locations in stunning, dynamic environments. From racing on the frozen East River in New York, to under the Christ the Redeemer in Brazil, to shining by the Northern Lights at Norway, take on opponents, the terrain and extreme, everchanging conditions.

Push The Limits with Incredible Cars
Get behind the wheel of an eclectic and exciting roster of cars. Conquer the toughest of terrain with boulder-beating machines, take iconic rally cars to new locations, or feel the power of 900bhp sprint cars. Rallycross, GT, unlimited trucks, buggies and muscle cars complete the ultimate off-road garage.

Own the Spotlight in a Star-Studded Career
World-renowned voice talents Troy Baker and Nolan North head up the cast of DIRT 5’s story-driven Career mode. Under the tutelage of an icon, all eyes are on you to become the new star of an amplified world of off-road racing. Earn sponsorships and unique rewards, conquer all locations, and take on a fierce rival in our biggest ever Career.

Compete or Co-Operate in Off-Road Action
Local split-screen up to four players on offline modes, including Career, makes DIRT 5 the perfect couch multiplayer racing game as you battle for position with your friends. Online, throw down in curated race playlists for up to 12 players and compete in innovative objective-based modes.

Create and Capture with New Features
Capture your biggest jumps and best moves with a detailed Photo Mode, and show your creative flair with DIRT’s deepest-ever livery editor for all cars. Plus, more brand new features that allow all players to create and play in DIRT like never before.

SpongeBob SquarePants: Battle for Bikini Bottom – Rehydrated… The Battle is Officially Back On