CPU upgrade: how to install your new processor

If the GPU provides the muscle, then it’s fair to say the CPU is the brains of your gaming PC. When one can no longer do the heavy lifting, it makes the other’s job that much more difficult, causing what is known as a bottleneck. That’s why, every once in a while, it’s good to perform a CPU upgrade to match the best graphics cards and boost FPS in-game. But don’t worry, it’s much easier than you’d think, even for a beginner.

Knowing when to upgrade can be difficult with a barrage of releases from Intel and AMD year after year. Some simply prefer to own the best hardware at any given moment, while there are plenty of you that prefer to upgrade only when your system starts to stutter.

If you want to find out the culprit causing strain on your PC, you can use MSI Afterburner – free overclocking software that displays CPU and GPU loads. Once you’ve fiddled about with the settings in the software, simply boot a game with it running in the background and keep an eye on the percentages. If your CPU is regularly hitting 90-100% while your GPU isn’t, then it’s time for that much-needed upgrade.

Since there are so many CPUs to choose from, your first task is to select the right one for you. We can save you some time by skipping over the workstation offerings and going straight to our list of the best gaming CPUs, where we will keep you up to date with the latest and greatest from both Intel, AMD, and others that might disrupt the duopoly in the future.

You also need to keep in mind which motherboards are compatible with your chosen CPU before buying. If your current setup runs on an obsolete socket, it can make upgrading a chore, as you’ll need to install a new motherboard first. Intel is guilty of this and might be giving motherboards more longevity in the future, while AMD has done well to support upgrade paths when possible.

Once you have the best chip in hand and the best gaming motherboard for the job, it’s time to get to work preparing your rig. Thankfully, dropping the CPU into your system is incredibly simple and relatively quick depending on your setup.

All you need is:

We all know that you must switch off your PC at the wall and unplug your power supply before fiddling about with anything inside the case, but there’s a little more to it if you want to keep your components safe. After all, there’s a reason that your parts are shipped inside anti-static bags. Just one mistake can result in an expensive replacement, which is why it‘s best to take precautions and ground yourself first.

When building or upgrading anything in your PC:

Even if you’ve ticked off all these steps, it’s best to ground yourself so that the static discharge is pushed away from your components. This is easily achieved by wearing and attaching an anti-static wrist band to a metal part of the case.

Alternatively, you can touch an unpainted metal portion of the case every few minutes to lessen the risk. This is something most builders do, but a small chance of discharge remains with this method. 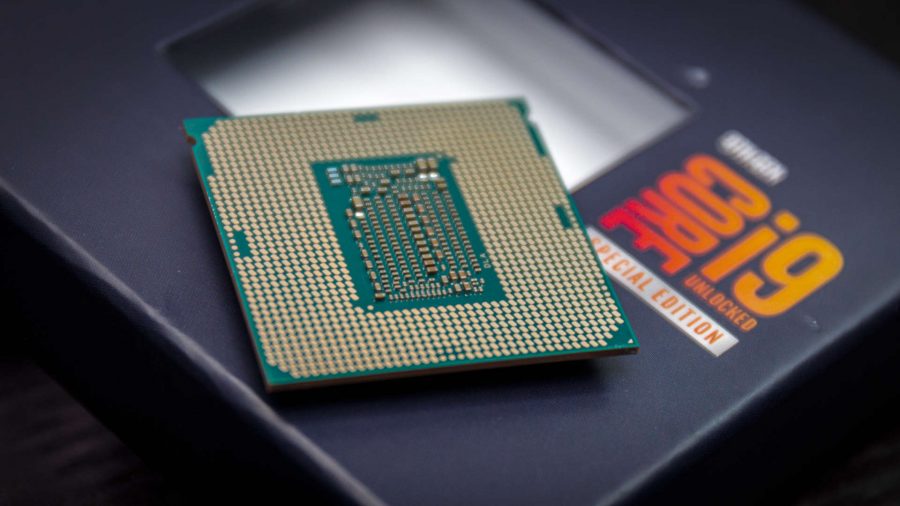 If you are performing a CPU upgrade rather than installing one from scratch, you’ll first need to whip your old chip out of the system. This is where your screwdriver comes in handy, as the CPU cooler is blocking your path. Just turn the four screws in each corner and it’ll lift off easily, revealing the CPU you need to change below.

You’ll need to give your old CPU and the contact portion of your cooler a wipe with isopropyl alcohol and an anti-static cloth to clean the used thermal paste up. Don’t worry if you get thermal paste on your hands as it’ll easily wash off, but make sure you don’t get it on your clothes or leave anything lingering on your hardware.

Since the old CPU is clipped in place, you’ll need to lift the lever to loosen it before attempting to take it out. You don’t need to be as slow when removing a CPU as you do with putting one in, but the pins are delicate and it’s worth taking care when pulling it out. Make sure to pop it in an anti-static bag if you want to reuse, sell, or give your old chip away. 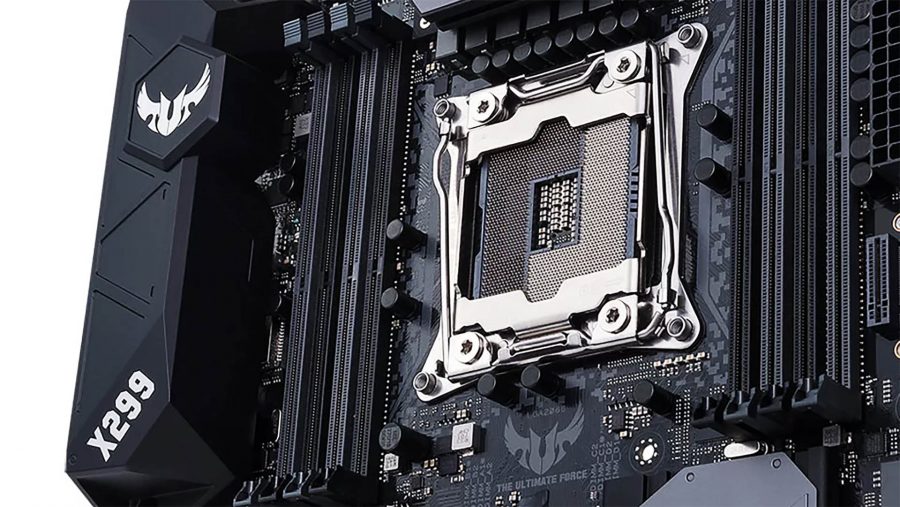 Now that the CPU upgrade can commence, anything from here on applies to those installing a CPU into a brand new motherboard, too. This step is pretty much the reverse of what we’ve just explained, making it even easier than you’d expect.

With an empty socket and a lifted lever, you can unwrap the new CPU from its packaging and gently place it straight into the seat. It’s only possible to put the chip in one way, meaning you will need to pay attention to the indicators in the corners to get the correct orientation.

Once the CPU has seamlessly slotted in, you’ll need to lower the lever to lock it into place. This shouldn’t need a great deal of force and if you find yourself struggling, you might want to check the orientation and reseat it before trying again. 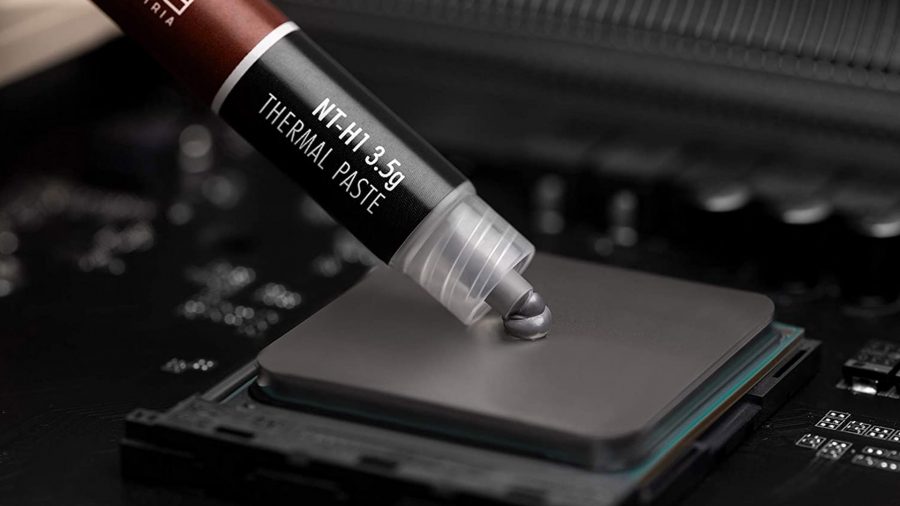 Your CPU should now be locked and loaded, but you can’t just put your cooler back on and call it a day. You’ll need to stick a layer of thermal paste between them so that the cooler can do its job and, well, cool.

Thermal paste – otherwise known as thermal grease, compound, goop, gunk, and many more unflattering names – is vital for transferring the heat from the CPU to the heatsink of the cooler. While it might seem as though the CPU and cooler heatsink both have flat surfaces, even the smallest inconsistency can cause air pockets. And since air is a pretty awful conductor of electricity, we need thermal paste to literally bridge the gap.

Applying the thermal paste is a controversial issue that has torn friendships apart and shone a pretty bad light on certain companies out there, but there’s one surefire way to get it right: squeeze a small blob onto the middle of your new CPU, but make sure there isn’t too much. The size of a garden pea is all you need.

You only need a pea-sized dollop of thermal paste

You can use certain tools to spread the thermal paste, but it’s much more natural to use your cooler’s heatsink when you reattach it to your PC. Most coolers are screw-based, meaning you simply need to make sure you’re using the right bracket for the motherboard’s socket, line up the holes, and tighten the screws.

Be careful not to over-screw, as applying too much force risks warping and breaking the motherboard. It just needs to be tight enough not to move around. Once things feel firm, plug the cooler into the CPU fan header. Failsafes are in place in case you forget this step, shutting down your PC in a matter of seconds so your CPU doesn’t fry, but it’s best to be safe rather than sorry.

Please note: New CPU coolers often come with thermal paste pre-applied, and putting on any more could cause issues. If you’re pairing your new CPU with one of the best AIO coolers or even an air cooler, it’s worth checking before moving onto the next step. 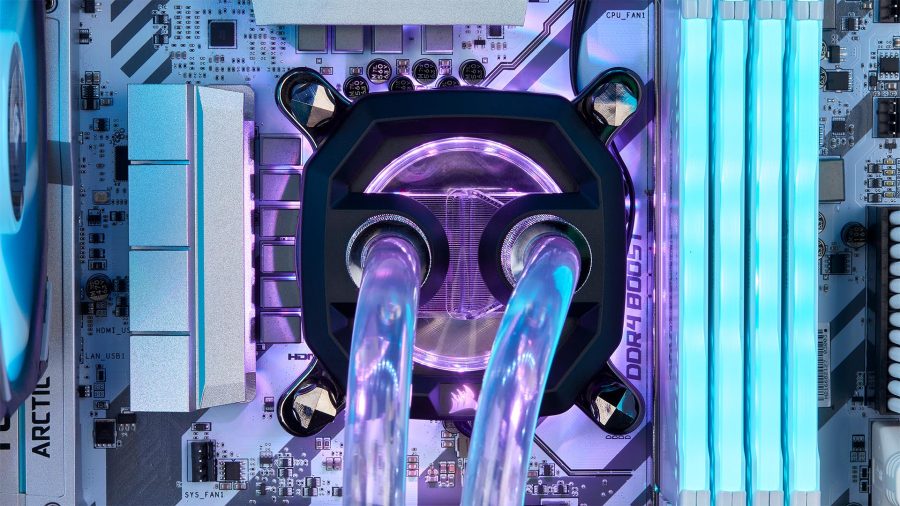 5. Getting your new CPU to boot

Don’t close up your PC just yet, however, as we still need to keep our eyes on your machine’s chip-chiller as we boot it up again for the first time. Even if you manage cables perfectly and make sure fans aren’t obstructed, keeping the side panel off makes it easier to do further maintenance if we run into a speed bump – like your PC not turning on.

The first thing to do when a problem like this arises is to check how tight you’ve screwed the cooler onto the motherboard. It’s not always as obvious as signs of warping on the motherboard, but twisting each screw half a turn each and attempting to reboot could be an easy fix for your issue.

If this doesn’t work, then one of your components could be the cause. RAM is noticeably fiddly at times, and a simple reseating can solve several different issues. To do this, press down on the release catches either side of the DIMM slot, unplugging the RAM, and then reinserting them. While you’re tinkering, it is also worth making sure all cables are firmly plugged in and that none of the essential ones are missing.

Finally, there will either be a BIOS reset or CLR CMOS jumper on the board (or, if you’re lucky, a handy button on the rear I/O panel). Shorting this connection with a screwdriver or jumper switch will completely reset the BIOS, just in case there was a setting inside that holding things up. It might also be worth performing a BIOS update, but this carries with it a small risk if the update is interrupted.

The absolute last resort is to retry the steps in this guide once more, or returning your new CPU – which could have been DOA. If you’ve looked after your old CPU, it will help itch your gaming habits until you get this debacle sorted, but hopefully your PC booted just fine. 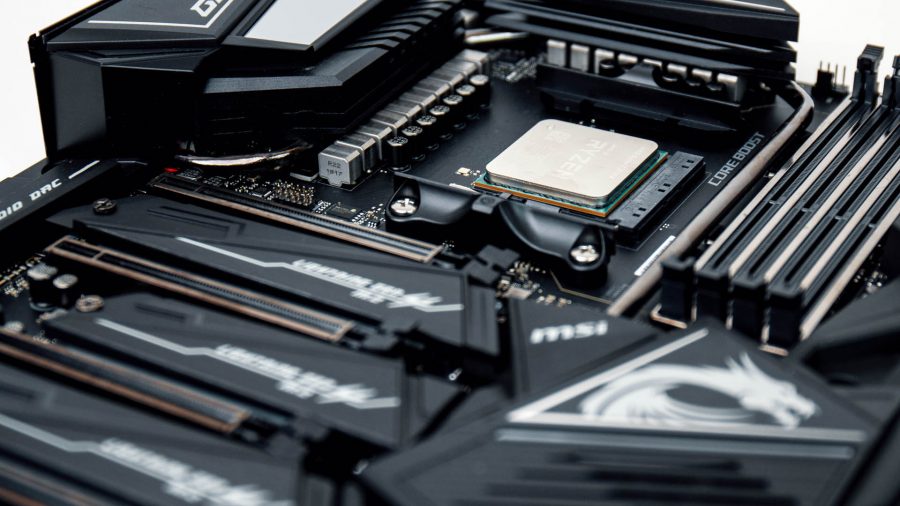 6. Testing and troubleshooting the setup

As soon as you’re graced with the lovely boot screen, hit the DEL key to head into the BIOS if you’ve not been sent there automatically. Here, you’ll want to find the ‘optimised default’ setting – probably located in the same section of the BIOS to ‘save and exit’ – and reboot your rig. You should now see the long-awaited Windows login screen.

Now that you’re back in your PC, equipped with a brand new bit of silicon by your side, you might want to take the new CPU for a test drive. You could head straight into a game, but if you want to see the cold hard numbers, you can download free software like Cinebench R20 and HWMonitor.

Cinebench will push all your cores and threads of your CPU to 100%, and all you’ll need to do is keep an eye on the frequencies and temperatures displayed on HWMonitor. Anything below 80°C and you’re essentially fine, while anything above that might mean redoing your thermal paste, replacing your cooler, or RMAing your CPU.

And that’s all there is to it, unless you want to know how to overclock your CPU safely for the best performance possible. And if you want to learn how to install a graphics card or perhaps get to grips with how to install a power supply to get the extra juice your chip might need to run alongside the rest of your system, we’ll be here to help you get gaming as soon as possible.

Can Abby kill Tommy? The Last Of Us 2 Experiment.

When you choose the wrong color

When you choose the wrong color