While we may often shout about the benefits of a mechanical keyboard for gaming, there’s definitely room for cheaper alternatives considering the cost of mech fare. It’s all too common to trade off other key features and functionality for the sweet, smooth response of a mechanical switch. Such as lighting, media keys, macro keys, or even wireless.

But I don’t dredge all of this up just to remind you of what you’re missing out on. Rather today we’ll look at one such alternative: the Corsair K57 RGB Wireless. This gaming keyboard sacrifices mechanical operation for rubber domes, yet retains much of the functionality desired by players – even the perhaps superfluous wireless connectivity.

My initial impression of the K57 RGB Wireless is that it’s built noticeably cheaper than the company’s famed mechanical units. Some effort has gone into reducing manufacturing and material costs with the K57, and from the fingerprint magnet that surrounds the volume keys and indicator LEDs to the matte plastic body that lines the rest of the board, this resolutely feels like a budget model.

Yet it’s easy to be distracted from the underlying materials by the LED lighting. Corsair is rolling out its own Capellix LEDs with the K57 for full per-key RGB – functionality often missing from membrane fare. The resulting light show is stunning, vibrant, and makes for a pleasing aesthetic despite its cost-cutting build elsewhere.

Compared to regular LEDs, Capellix modules are 60% brighter at the same power, last 35% longer overall, and able to be more densely packed into a tiny footprint. Over the course of the year Corsair has been touting these LEDs for a variety of uses, most notably within its Dominator RAM. Although Capellix’s power considerations also come in handy for wireless peripherals that need to save battery at every step.

And how long will the Corsair K57’s battery last? A whole 35 hours at brightness level one (which is rather dim) or eight hours at eye-searing peak luminance. At least with the lights turned off the K57’s battery can last up to a whopping 175 hours.

And I have to say I’m a little disappointed. While Capellix perhaps underwrites this boards’ per-key RGB and wireless to begin with – easing costs for one – I was hoping to be wowed a little more by my first glimpse of Capellix in the real world. The K57 RGB feels like a strictly utilitarian use of this new LED tech, and I’m still waiting for something that really puts its touted density, brightness, and efficiency to awe-inspiring use. I’m sure Corsair’s labs have some concoction brewing that will fill that gap, but it’s not the K57.

For all the bright lights and flashy animations, the true determining factor of any keyboard’s success is whether it’s enjoyable to type on. It might seem obvious, but we’ve seen otherwise superb keyboards crumble at this hurdle before. As for the K57 RGB in question, the typing experience isn’t up to par of more expensive units – that’s a given considering its rubber dome operation. 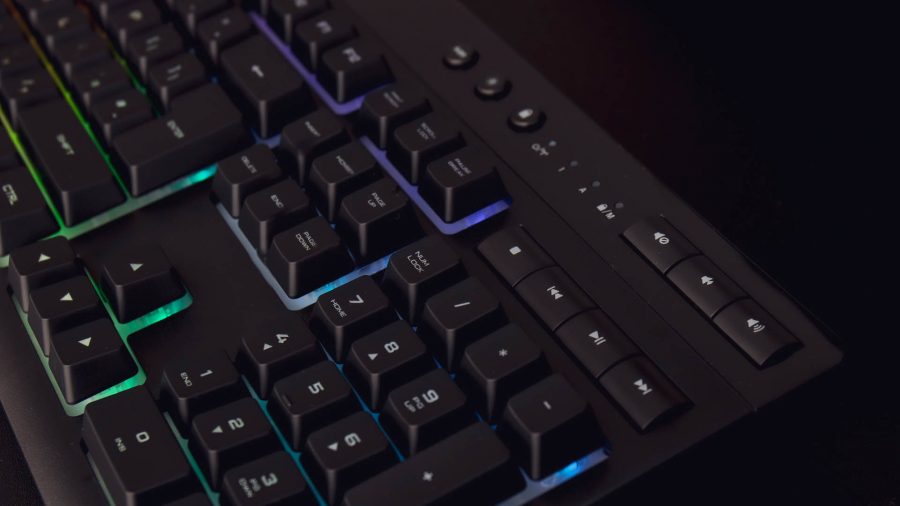 Fatigue and inconsistency can prove a problem with squishy rubber-domed designs, and there is plenty of that present with the Corsair due to its pedestrian design. And where that might be forgiven in a cheaper model, it’s the price tag of the K57 RGB that reflects most poorly on the membrane design.

The Corsair K57 RGB Wireless is priced at $99 (£90), a considerable chunk of change to drop on a membrane design. It’s near-enough the price of a premium wired RGB mechanical keyboard, and costs more than slimmed down models with only single colour illumination.

But if you’re considering the K57, it’s likely because you have a need for wireless connectivity. And this is one of the few $100 or less gaming keyboards equipped with both per-key RGB and wireless. But it’s not your only choice – especially if you’re willing to sacrifice lighting. The Romer-G Logitech G613 would be my preferred alternative at $72 (£92), exchanging visual impact for mechanical actuation, an 18 month battery life, and change to spare. 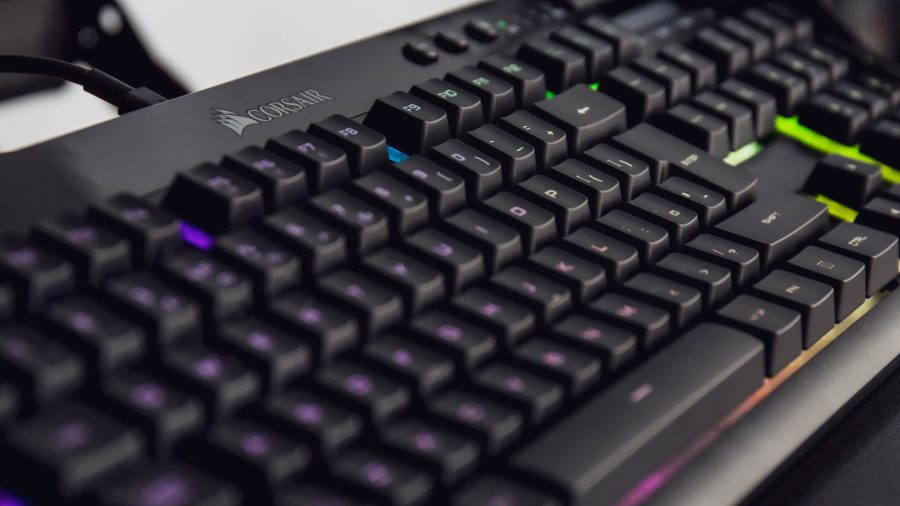 In regards to wireless performance, there is little, if any, perceptible latency in my own experience. Corsair’s Slipstream tech cannot be faulted, and whether wired or wireless it offers an identical, smooth experience. Only on Bluetooth is there a slight latency – which can be the fault of either the keyboard, connected device, or both. As such, best stick to the USB dongle solution, which also handily stores within the rear of the board.

When wireless is a necessity then, it all boils down to the decision between RGB and mechanical in this price range, and I know which side I stand on. While most of us seem to have a soft spot for glowing rigs with rainbow waves, if money was tight I’d much rather a heart mechanical with performance to boot. That means ditching the Corsair K57 RGB Wireless in favour of something more conducive to gaming, not merely aesthetic appeal. You may disagree – in which case grab life by the RGBs and run with it – but membrane for the price of mechanical is not a deal I am prepared to make.

While wireless gaming under $100 is nothing to sniff at, Slipstream technology and Capellix LEDs aren’t justification enough to warrant the Corsair K57’s underwhelming membrane switch design.

KFC Is Making A Game Where You Can Date Colonel Sanders – No, This Isn’t A Joke Gen.G Launches Player Wellness Campaign with LA Fitness, Simple Habit

Windows 11: The Best Windows Ever for Gaming