With the world of collegiate esports growing larger every day, ESTNN speak with some of the bright young minds working to shape the next generation of professional players.

Despite the industry growing so rapidly over the last decade, the concept of esports is still a bit of a mystery to the mainstream. But that is starting to change, thanks in part to passionate individuals like the people at CERD.GG.

ESTNN sat down for a chat with Co-Founder and CEO Varun Verma, and Chief Marketing Officer, Anish Lathker about how CERD are working to help aspiring pro players bridge the gap between high school, college and professional play.

CERD stands for Collegiate Esports Recruitment Directory. CERD.GG is a platform that connects high schoolers across North America with esports programs run at the collegiate level. As Varun explains CERD connects with students first. Then they “see what they’re good at, what GPA they have,” and then pass this information on to college coaches and program organisers.

High school students can sign up to the platform and be notified of potential program opportunities, including college scholarships.  The organization focuses on providing support to students in the form of resources and guides, as well as a discord server where curious gamers can get their questions answered live.

A one-stop shop for North American college esports hopefuls is one heck of a great idea, but what makes it even more impressive is that Varun and Anish are fresh high school graduates themselves. We spoke with them about what inspired the creation of CERD, the hurdles they’ve faced and where they see the organization moving in the future.

Filling in the blanks for students

While they’re both avid fans of gaming, Varun and Anish came upon esports separately. Although both had their first encounters with the industry at a convention.

“…I went to a local gaming convention in my city, Wichita, Kansas.” Varun explains. “It was there when I first really learned about college esports; as it was offered at my local college and they had a booth.”
After the convention, Varun spoke with friends and family. According to him, he soon realized most people had “no clue about these opportunities, they had no clue what college esports is. That you can play games at college and make it a career”.

Anish had his first encounter with the world of esports at the tech conference, RSA. “I was just chatting up this person at one of the networking booths that we had, and I learned that there was this huge world out there.” He says, “From there I would actually like create presentations and try to feed all this information to my parents all the time and like ‘hey there is a future for me in esports, it’s not just plain entertainment’ you know?”
Eventually, Varun and Anish connected and together they set out to change the misconceptions surrounding esports and the collegiate scene.
“There’s so many players out there with the drive, and the enthusiasm, right?” Anish says, “But they just don’t know what’s there.”

And so, the two created CERD to bridge this gap. Aiming to provide a platform that supports young players and informs them of the opportunities available to them.

Being just two high school students at the time of CERD’s inception, it’s pretty surprising to learn that they managed to get their website and platform up and running in just one month.

“We currently have a hundred colleges on our platform,” Anish says. “Most of them are varsity and they’re growing by the day”.

“All in all the project took around one month to get off the ground.” Varun says, “CERD started around February of 2019, so we’ve been up for a bit over a year now”.

How did two high school students manage to build something like CERD in their senior year?

“We really started by contacting colleges,” Varun says. “I am sure we’ve reached out to probably like fifty to one-hundred colleges and really just started asking them what they needed, and how we could step up and create a free platform to help the college”.

“We found that the most common issue that college coaches had was there was a big disconnect between high school and college esports”
– Varun Verma Co-Founder and CEO, CERD.GG

From their discussions, the two got a lot of ideas from different colleges about problems with their programs — and how an organisation like CERD could help.

“We found that the most common issue that college coaches had was there was a big disconnect between high school and college esports”. Varun explains. “Because unlike conventional sports; football, soccer… there was no platform in esports for colleges and students to connect with one another”.

Once they realized these problems existed, they used their own partnerships and personal savings to build the platform they have today. When it comes to this side of the project, Varun claims one of the biggest barriers was registering as a company in the United States, pointing out “it can be quite costly sometimes, and with navigating taxes and lawyers… it’s a tough task for a high schooler”.

However, thanks to the support of their parents, family and friends the two were able to steer CERD in the right direction.

For Varun and Anish, the focus of CERD is on the Collegiate scene, and how esports education can open pathways for students in promising careers.

As Varun explains it, “esports in North America, the United States is really growing from just more club based where just gamers in college come together and play for fun, into more of a varsity style program. Just how regular sports works.”

Meaning you can earn a scholarship even if you’re not a professional player.

“You can go to college and earn your education while competing in esports, just like you would in soccer, football, any other sport”. He says.

And as Anish points out, the scene is expanding so fast, “it’s not really just being an esports player. There are also opportunities for business, or even the tech side. And that’s something that’s super, super cool about this.”

“There’s such a large misconception by so many adults that really gaming can’t get you far in life, so the idea of earning a scholarship for playing video games is completely unimaginable to them”
–  Anish Lathker, Chief Marketing Officer, CERD.GG

While starting a business in high school is certainly a mean feat to achieve; according to Anish, it isn’t the biggest hurdle they faced.

“Surprisingly, well maybe not so surprisingly, but the biggest hurdle that we’ve faced, and we pretty much face every single day is actually doubt”.
It’s not Anish and Varun doing the doubting though. It’s the people they’re trying to reach.
“Both parents and students, because a lot of people simply can’t believe that you can get money, and go to college, just like regular sports”. Anish explains, “Get a scholarship and attend the college of your dreams for esports? Virtual Gaming?”

It’s definitely not something most parents would expect to see on a list of college programs.

“There’s such a large misconception by so many adults that really gaming can’t get you far in life, so the idea of earning a scholarship for playing video games is completely unimaginable to them”. Anish says.

To solve this, CERD puts a lot of time and investment into creating educational guides for parents and students.

“We’re just constantly pushing for esports education so that we bridge the divide and these misconceptions that a lot of people have about esports” He says.

“We’re really focusing on building an entire pipeline from not only high school to college, but also college to pro. To really bridge that gap the entire way,”
– Varun Verma Co-Founder and CEO, CERD.GG

With the platform established, now Varun and Anish want to focus CERD’s efforts on creating infrastructure and knowledge repositories that can aid students in taking the step between high school, college — and even pro-gaming.

“We’re starting to put a lot more time and money into learning articles,” Varun says. “It’s hard to convince people who don’t even know what gaming is that their kid can earn a scholarship to go to college by pursing it”.

Which is why they’ve placed such a focus on creating learning articles for parents and high school students.

They also have plans to make CERD into more than just a platform to connect high schoolers to the collegiate scene.

“We’re really focusing on building an entire pipeline from not only high school to college, but also college to pro. To really bridge that gap the entire way,” Varun explains. “We’re partnering with some very large companies, some very large communities, to make that happen”. 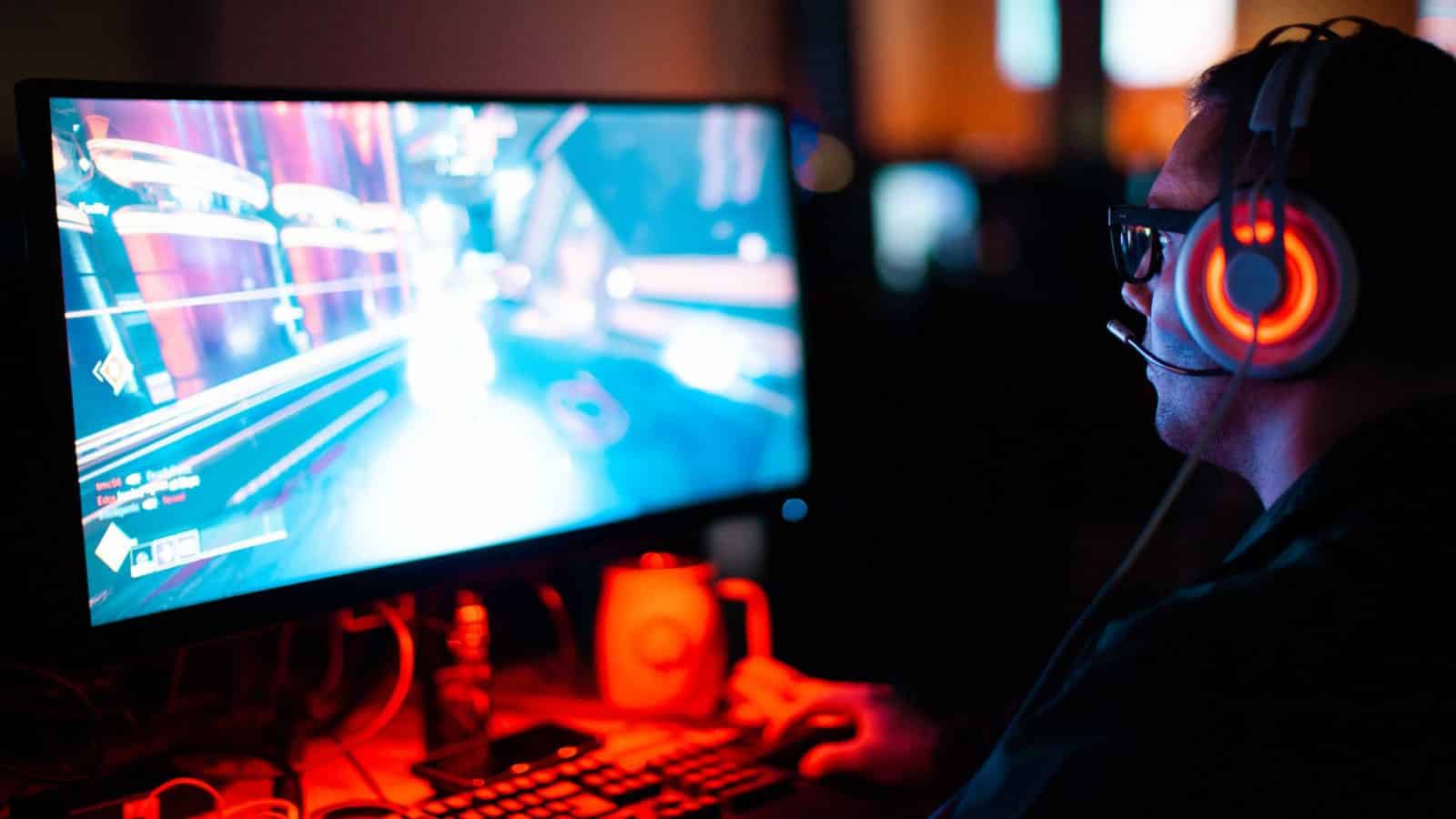 While CERD are currently providing a platform for North American students, they have been working with international groups to provide information and support to aspiring gamers abroad.

“We’re actually expanding to include international colleges and also working with international students to give these players the same opportunities”. Anish explains.

While this expansion is still in its early days, is has already begun. The organization are currently partnering with the Caribbean Gaming Network to provide them access to CERD’s guides and resources.

“We’ve translated our guides and used their platform to distribute our message to thousands of Central American and Caribbean students in Spanish”. Varun says, before adding CERD are also “looking to expand beyond English speaking countries — and that really starts off with these guides and spreading knowledge and spreading information.”

“We’re just constantly pushing for esports education so that we bridge the divide and these misconceptions that a lot of people have about esports”
– Anish Lathker, Chief Marketing Officer, CERD.GG

The future of CERD

There’s a lot on the cards for Varun, Anish and the CERD.GG team. They’ve recently joined the eFuse Family. Which means now they’ll “be able to reach and impact practically millions and millions of students,” Anish says, “And it will really be, probably the biggest thing we’ve ever done”.

But in the meantime, they won’t be sitting on their haunches. CERD have already developed an active and welcoming community of students and professionals through their Discord server. Which provides a friendly atmosphere where students can ask questions and get help.

“We’re trying to create a place that is first and foremost is non-toxic and promotes, just promote well-being in esports.” Varun explains. “You can see people all the time who are saying you know, hey can you help me with this part of this game, can you help me with my college application…”

“We have an amazing Discord community,” Anish adds. “We have so many resources on there. I’m so proud of our community”.

On top of being a place where students can go to get help, CERD’s discord has also been providing community events; to help educate and inform the next generation of esports professionals.

And he says there are still more plans they’re looking at implementing soon. Including partnering with some larger servers and even beginning to host events where high schoolers can connect with industry leaders, college coaches and other esports professionals. To “teach them firsthand from people who’ve made it, that there is more in esports.” Varun explains.

High school students interested in learning more about how CERD can help them can head to CERD.GG to register and connect with the CERD team on Discord.

CoD: Warzone is not difficult at all, even a dog can play it