With a new expansion comes a new raid. With Shadowlands that means we’ll be heading into Castle Nathria.

In this article, we’ll look at a host of guides for the raid from creators across YouTube so you can find the solution that works best for you.

What is Castle Nathria?

Castle Nathria is the first raid in World of Warcraft: Shadowlands. Set in the Venthyr zone of Ravendreth. The raid features 10 bosses, which are split into four wings, with some slight variations on which order you‘re able to take on each encounter.

There are so many guides for WoW that it can be hard to follow some of the harder to understand mechanics. Thankfully, Hazelnuttygames has been a fantastic resource for WoW raiding guides and her content is ideal for people doing Normal and Heroic level content and want to get a quick overview of each of the fights.

You can see her full playlist below, which is being updated regularly as the raid drops:

FatbossTV has long been a staple for most hardcore players. The detailed look at fights is what makes FatbossTV so popular with the pair having a playlist already up from the Shadowlands Beta, with new videos uploaded once the raid is out. We’ve linked below to the full raid playlist, which will, over time, be changed to feature live versions of the encounters.

Also read: WoW: How to Gear up in Shadowlands Season 1

Thankfully, the top raiding guilds are now starting to produce bespoke content for WoW raiding, and the current World First guild Complexity-Limit is back in Castle Nathria with their full guide. With guides for each boss in Heroic, the guild has also produced a “Heroic TL;DR” for those looking for something quick to pick up.

The guides are still being written as we publish this, so keep an eye on the link for updates.

When does Castle Nathria open?

The raid will open in five parts, with US servers getting it around 16 hours earlier. The list below will feature the US/EU dates for each unlock.

Where is Castle Nathria? 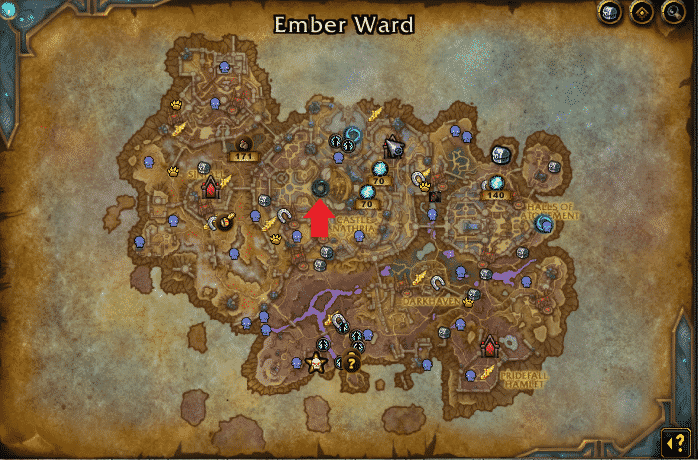 Castle Nathria is located in Ravendreath, the home of the Venthyr covenant. The image above shows its raid entrance on the map. The raid is best approached from the flightpath in the lower-left corner of the area, or via the bridge that connects to the Venthyr Covenant.

Stay tuned to ESTNN for more Shadowlands tips and guides!