The competitive Fortnite landscape just saw another seven champions after the Bugha Throwback Cup wrapped up on Friday evening.

Although Bugha did not win the NA East portion, all seven competitive Fortnite regions saw action. Chief among them all came from Bugha’s home region with Clix reigning supreme. With a prize pool of $100K USD, players had all the incentive to put forth a strong effort. Ahead of the fourth-ever Fortnite Champion Series, let’s see who came out on top in each region.

Polish player and two-time FNCS Finalist Kami triumphed in the European region after six matches of play. He accumulated 286 points overall with two second-place finishes and a sixth. Kami also tied for the second most eliminations with 17 behind only FaZe Mongraal. The young rising Polish player earned $14K USD and became the first-ever EU Bugha Throwback Cup Champion.

Refsgaard rounded out the top three with 241 points. Other notable top-ten finishers include fan-favorite FaZe Mongraal, who took fifth place and DreamHack Winter Champion Merijn, who finished in eighth. All players who finished inside the top-ten earned some money. 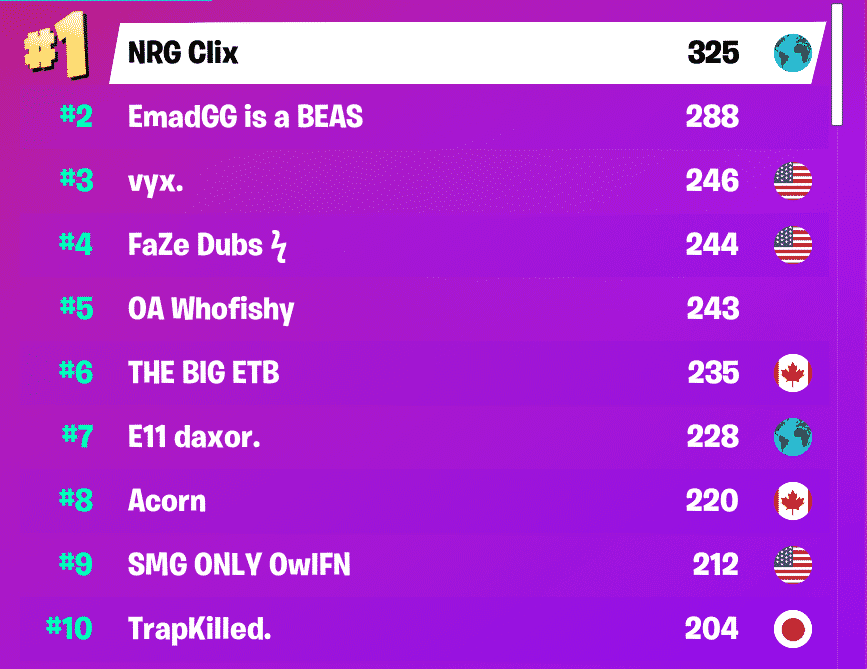 With the help of former trio teammate FaZe Bizzle, NRG Clix completed one of his most impressive solo tournament performances. Over six matches, Clix managed 19 eliminations and four top-ten finishes to the tune of 325 points. As a result of his dominant performance, the NRG Esports competitor took home $8.75K USD. He bested the likes of FaZe Dubs, TSM Khanada, BBG Bucke and even the host SEN Bugha. It was quite the showing for one of Fortnite’s most talented players.

Other notables inside the money include FaZe Dubs, Acorn, OwlFN, E11 Daxor and rising talent Whofishy. These are names to keep an eye out for in the upcoming FNCS competition. 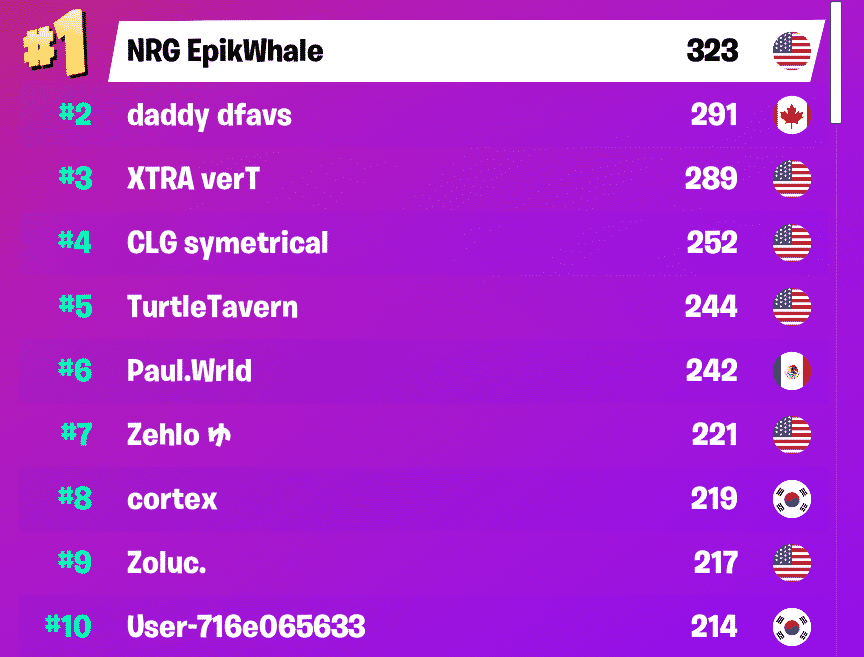 NRG EpikWhale added another outstanding Fortnite tournament victory to his resume. He’s proved himself on both keyboard and controller time and time again. In the Grand Finals, EpikWhale accumulated 323 points across six matches. He got there with 15 eliminations and one Victory Royale. EpikWhale added another $3.5K USD to his career earnings as a result. He’ll be one of the favorites heading into the FNCS Chapter 2 – Season 3.

Daddy favs made yet another leaderboard appearance as well in the NA West region. He earned 291 points and the most eliminations of any players in the Grand Finals with 24. XTRA verT finished in third with 289 points. Other notables include perennial NA West contenders CLG symmetrical and TurtleTavern. 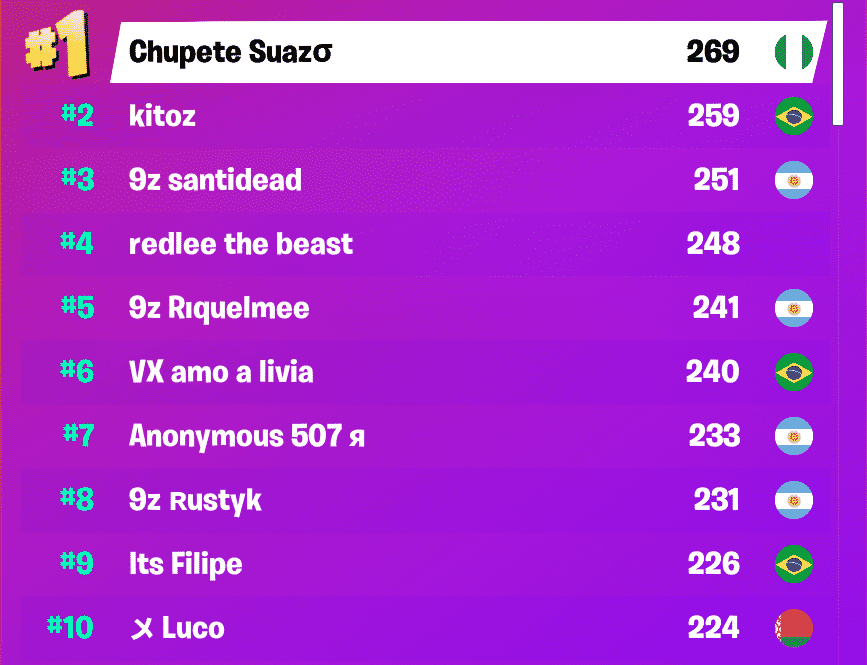 A relatively unknown player named deafultt took first place over in the Brazil region with 269 points. Some of his noteworthy stats included nine eliminations and three top-ten finishes. His relatively conservative approach to the Bugha Throwback Cup won him $3.5K USD. Kitoz finished just ten points short of first with 259. 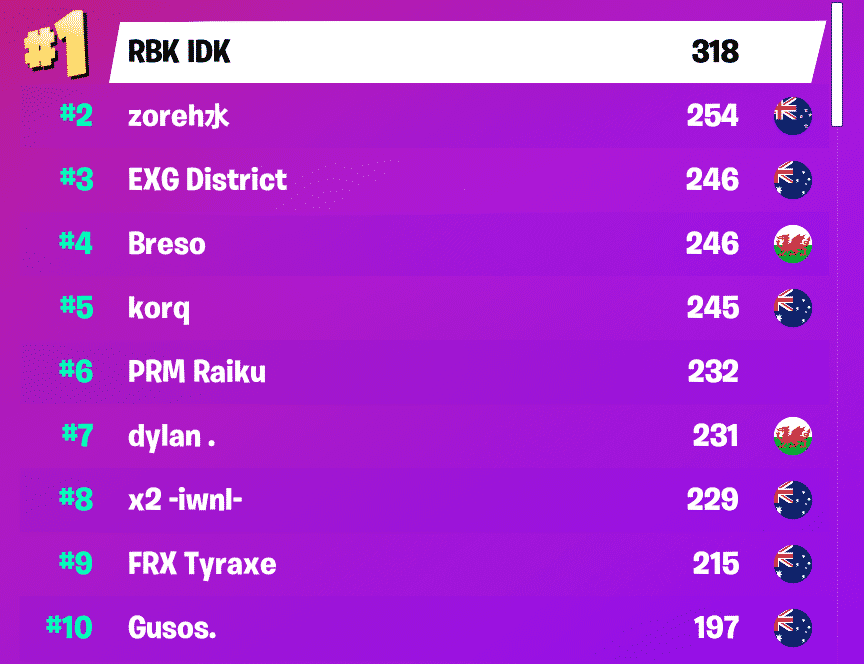 RBK volx resumed his solo Oceanic dominance with a win in the Bugha Throwback Cup. He smashed his opponents with 318 points overall. His performance included a tournament-leading 22 eliminations and only one placement outside of the top 15. We’ve seen volx’s dominance in the past, and this display proves he still has what it takes in Chapter 2 – Season 3. He took home $2.5K USD in winnings. 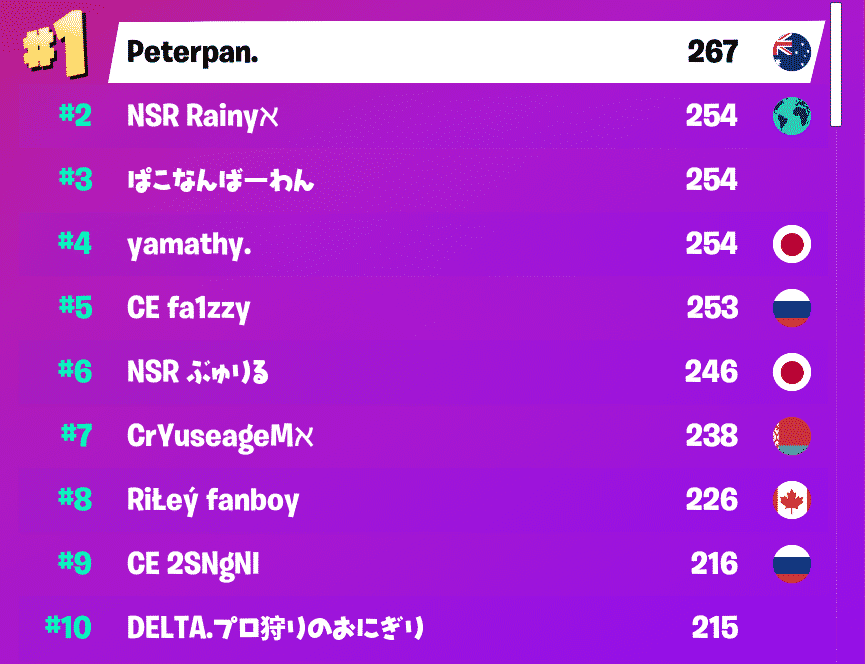 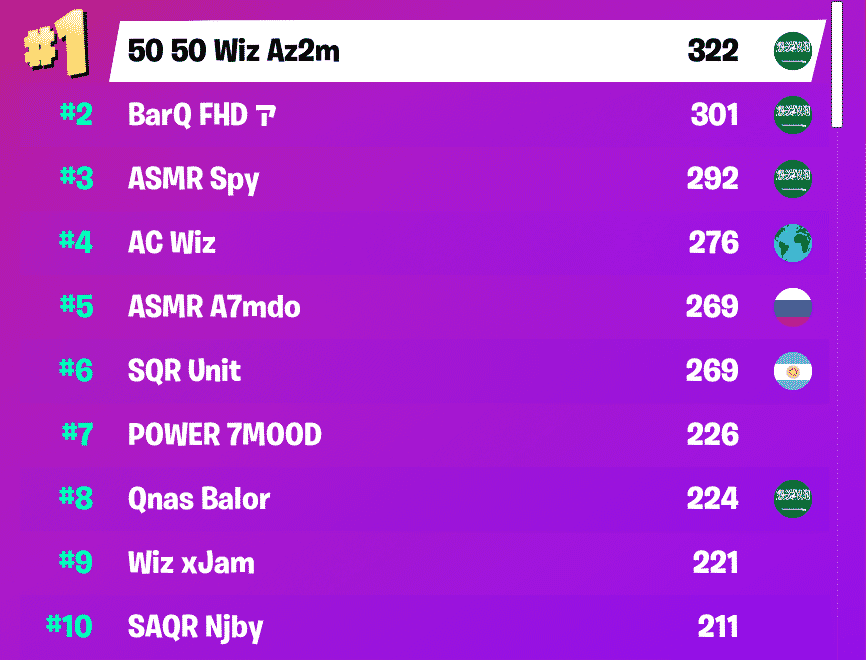 Az2m racked up 322 points en route to his first noteworthy Fortnite tournament victory. He only needed ten eliminations and one Victory Royale to get the job done in the Middle East region. Wiz’s only victory took place in the tournament’s final match, securing him $2.5K USD.

Stay tuned to ESTNN for coverage of the upcoming FNCS Chapter 2 – Season 3 all weekend long!