Bridge of Spirits – 15 New Things You Need to Know

Kena: Bridge of Spirits grabbed everyone’s attention the moment it was first announced, and it’s continued to look promising in all that we’ve seen of it so far. Ember Lab’s action-adventure title is now just a few weeks away from launch, and excitement surrounding it as understandably high. As we approach its awaited release, here, we’re going to talk about a few key details you should know about the game.

Kena: Bridge of Spirits is set in a world where the passage from life to death has become quite complicated, and the souls of those who lived traumatic lives find themselves unable to move on to the next place of existence. You play as Kena, a young spirit guide who can help such lingering souls. Kena: Bridge of Spirits’ story sees Kena travelling to an abandoned village that was struck by a cataclysmic disaster long ago, from where she must head out on a journey to a sacred mountain shrine to uncover the mysteries of the village and restore peace and balance to the world around her.

Kena: Bridge of Spirits is clearly taking cues from a lot of popular and beloved franchises, from Pikmin to God of War, but the one that it seems to owe the most to in terms of inspiration is The Legend of Zelda. In terms of combat, exploration, and dungeons, Kena seems to be modelled on Zelda games quite a bit- which is fitting, because the thing Ember Lab has been most widely known for prior to Kena is an animated short film titled Terrible Fate, which was based on The Legend of Zelda: Majora’s Mask.

The adorable little black critters known as the Rot clearly have a crucial role to play in Kena: Bridge of Spirits, and while it remains to be seen exactly how they’re going to tie into the story, we do know that in terms of gameplay, they’re going to be quite the useful companions. Kena will meet several of these Rot throughout the game, each of whom can be recruited to add to her little personal army, and from combat to puzzle solving and much more, the Rot will be a vital gameplay mechanic throughout the game.

In Kena: Bridge of Spirits, players are going to be equipped with a staff that doubles as a melee weapon and a ranged weapon- with the former enabling light, heavy, and charged attacks, and the latter being made possible by the staff’s ability to magically transform into a bow. Meanwhile, the Rot, as we mentioned earlier, will also be an important part of the combat loop. In addition to being able to distract enemies in various ways to provide crucial support, once you’ve weakened an enemy enough by yourself, the Rot will also jump into combat to be of much more immediate and tangible aid as well, including taking various shapes to pummel enemies, shooting projectiles, swarming foes, and more. 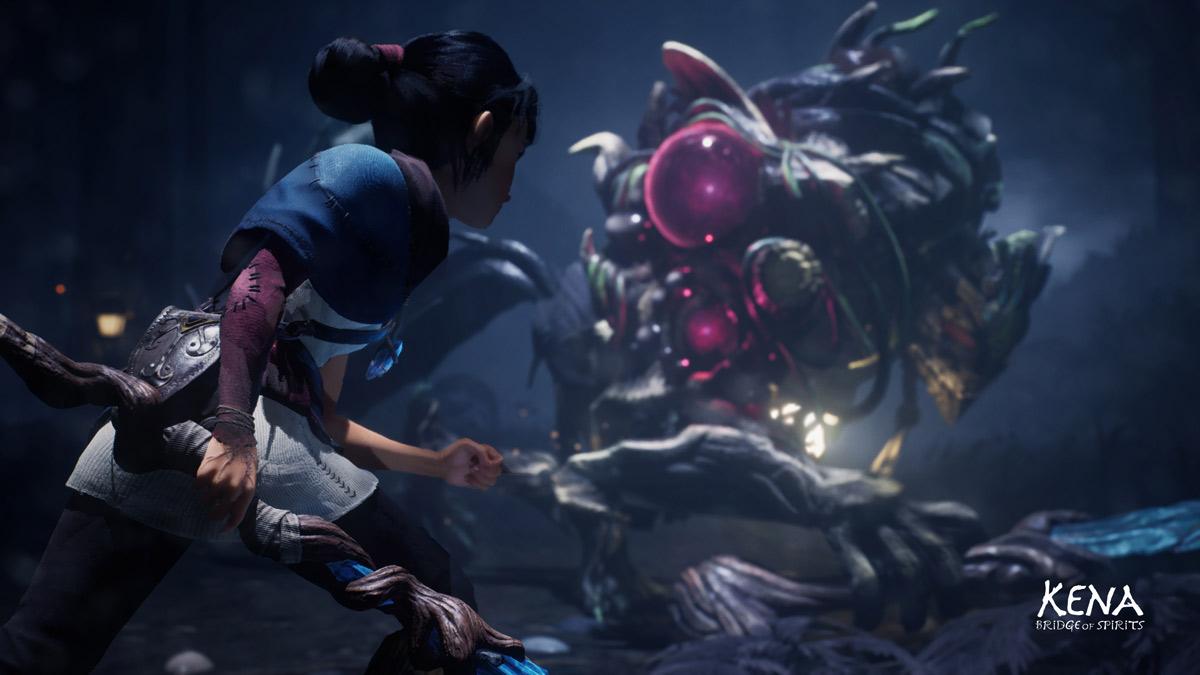 One of Kena’s abilities that’s going to be an important mechanic that players will probably use a lot of in the game is Pulse. In combat, Pulse will activate a shield that will have a health bar of its own, which means it’s obviously going to have vital defensive applications. Outside of combat, meanwhile, the Pulse ability will be used to highlight clues or activate objects of interest, so the ability is going to have an important role to play in puzzles as well. Oh, and speaking of puzzles…

Of course, given how heavily Kena: Bridge of Spirits is inspired by The Legend of Zelda, it goes without saying that the game will put plenty of emphasis on solving puzzles and exploring environments as well. The Rot will, of course, be central to solving puzzles, which will also allow players to gain access to new areas to explore. While the developers haven’t talked about how large or dense the game’s world is going to be, given its supposed focus on exploration and puzzle solving, we have high hopes from Kena in this area. 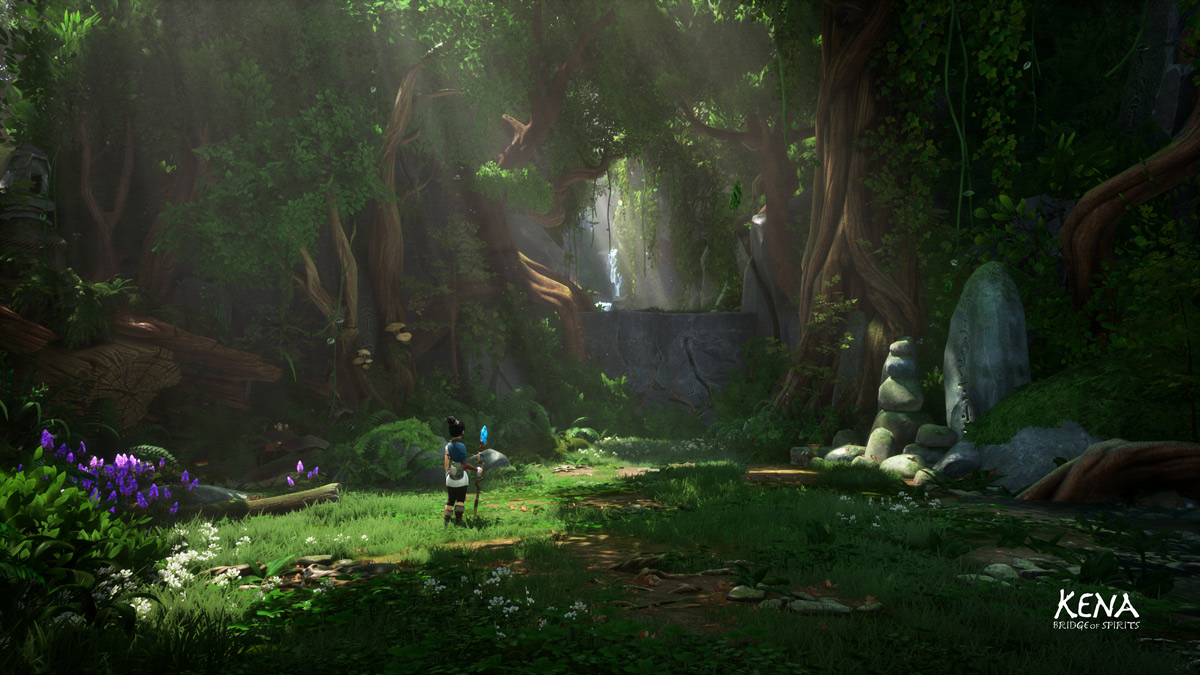 With all this talk of exploration, you might be wondering exactly how Kena: Bridge of Spirits’ world is going to be structured- well, it’s not an open world, before you ask. The developers describe the game’s level design as “wide linear”, with a main path to follow that will also have plenty of room for exploration, exploring side areas, and engaging in optional activities. As you play more of the game, you’ll gain access to more new areas to explore, while you’ll also always be free to backtrack to areas you’ve already been to. 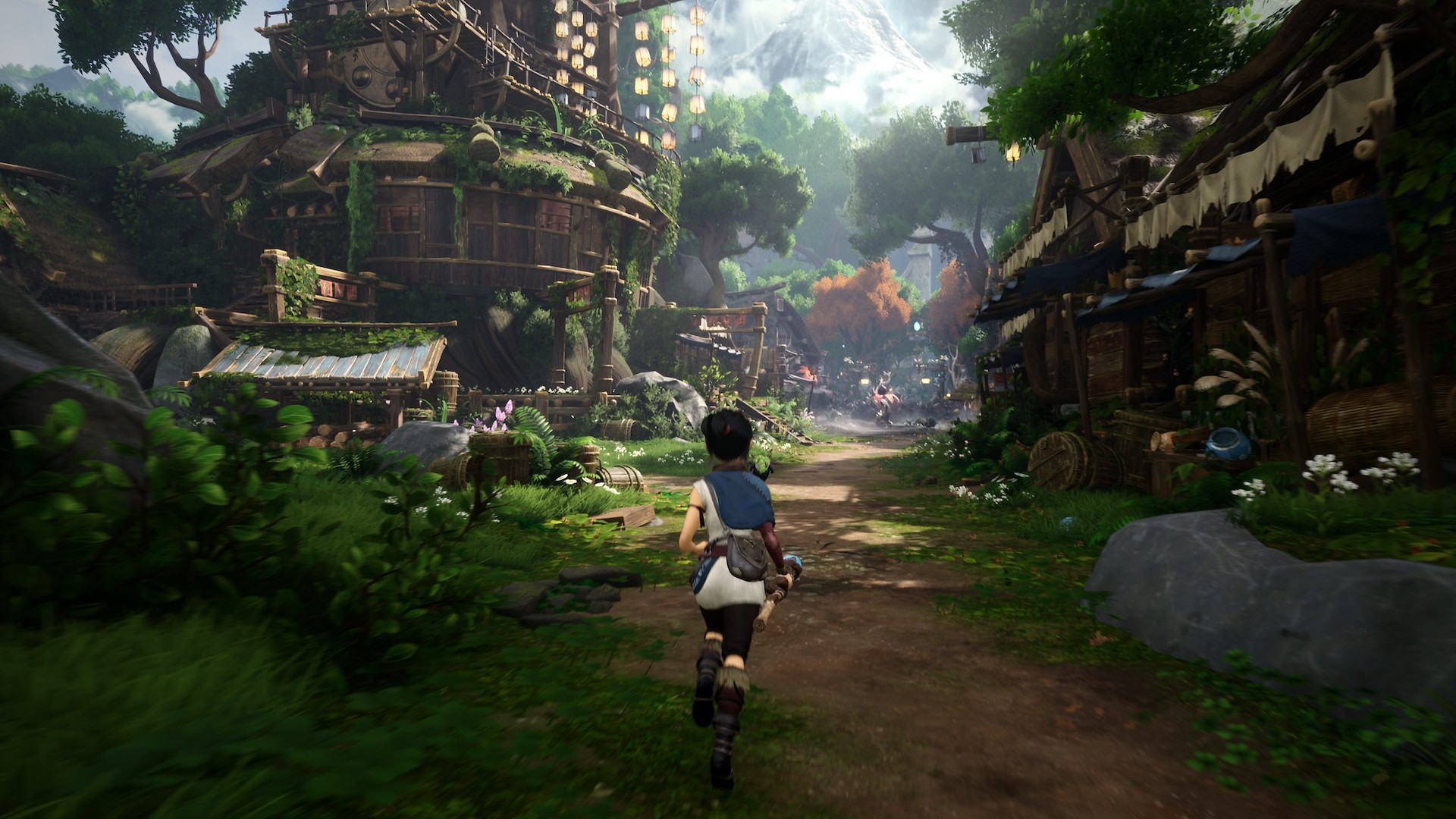 As you may have gleaned from previous points about the game’s focus on exploration and wide-linear design, Kena: Bridge of Spirits is also going to have a central hub location. The abandoned village that we mentioned earlier will serve as your hub, and it’s an area that you’ll keep returning to throughout the game. From here, you’ll be heading out into various connected areas, and witness as the village itself is gradually restored bit by bit throughout the game. 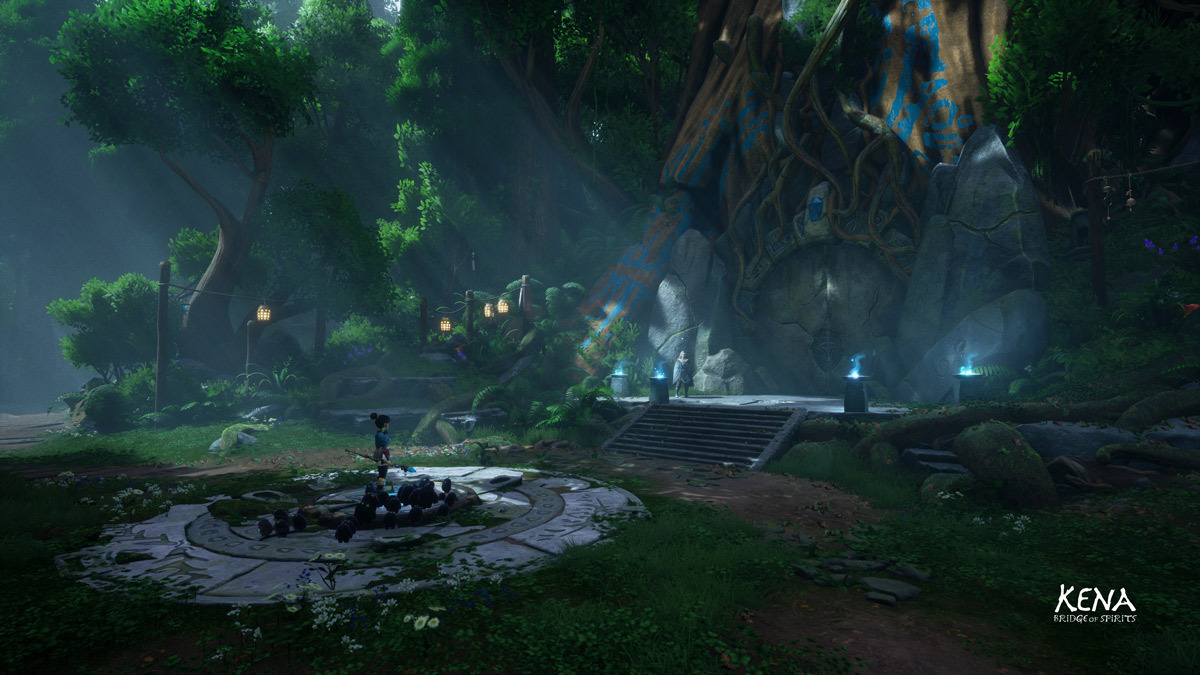 Kena: Bridge of Spirits isn’t an RPG, so progression is going to be fairly limited in the game- but it’s not going to be entirely static either. The Rot, once again, will have an important role to play here, and the more of them you have by your side, the more powerful you’ll be able to make your attacks and abilities, while additional upgrades will also be tied to the Rot. Light RPG mechanics are in place, too, which means abilities and skills can be upgraded as well. In terms of customization, we don’t know much about what the game will have on offer, but one thing we do know for sure that players will be able to customize the Rot by putting various different hats on them- and we’re all for that, obviously. 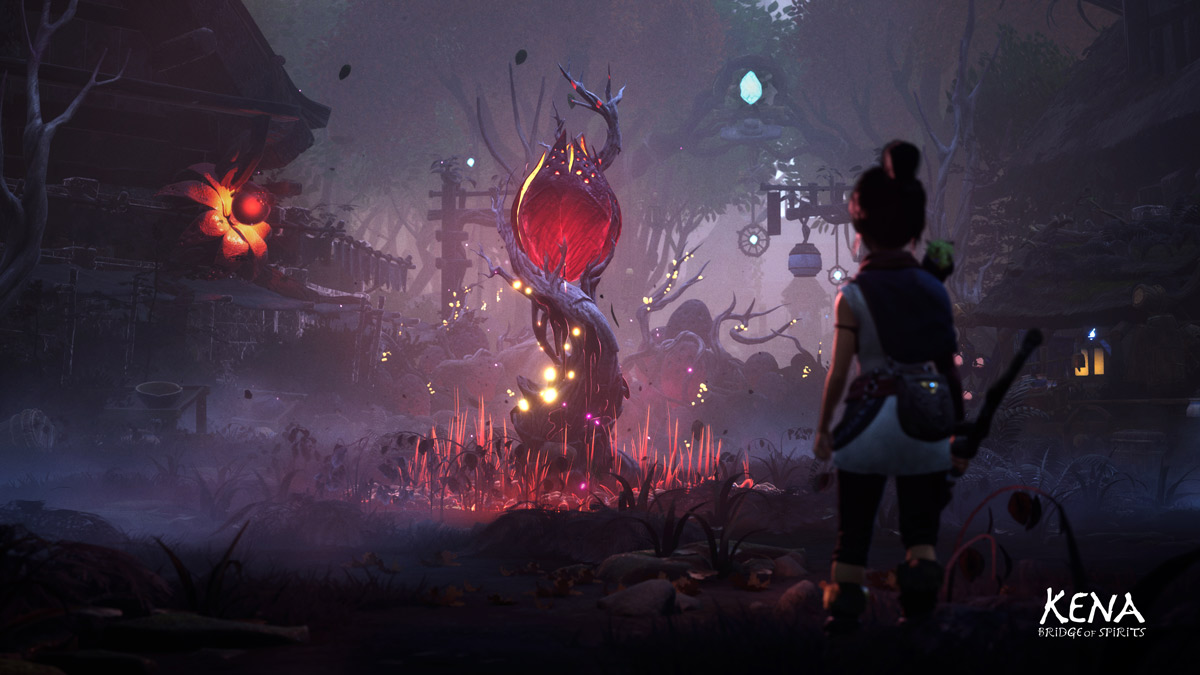 As much as we love playing massive, sweeping epics that can last dozens upon dozens of hours, there’s something so satisfying about playing a medium-length tightly crafted experience that doesn’t drag on for too long. Of these two camps, it seems like Kena: Bridge of Spirits is going to fall in the latter. While the developers haven’t provided exact numbers where the game’s length is concerned, they have said that players will be able to comfortably finish it over the course of a weekend. 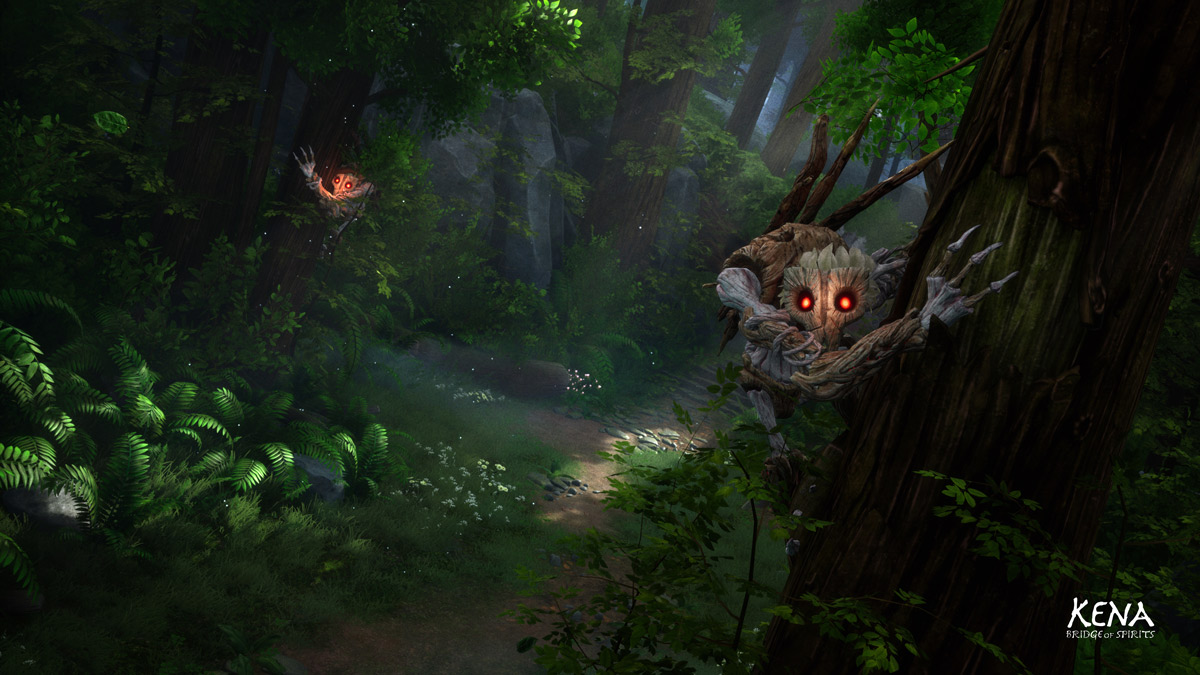 Most games coming out for the PS5 are implementing the unique features of its DualSense controller in some way, and the same is going to be true of Kena as well, with Ember Lab having confirmed that the adaptive triggers and haptic feedback are both going to be implemented. Of course, how well these features are leveraged isn’t something we’re going to be able to judge until we’ve actually played the game ourselves, but it’s easy to imagine, what with Kena’s bow being such a central weapon, how the adaptive triggers in particular will be used. 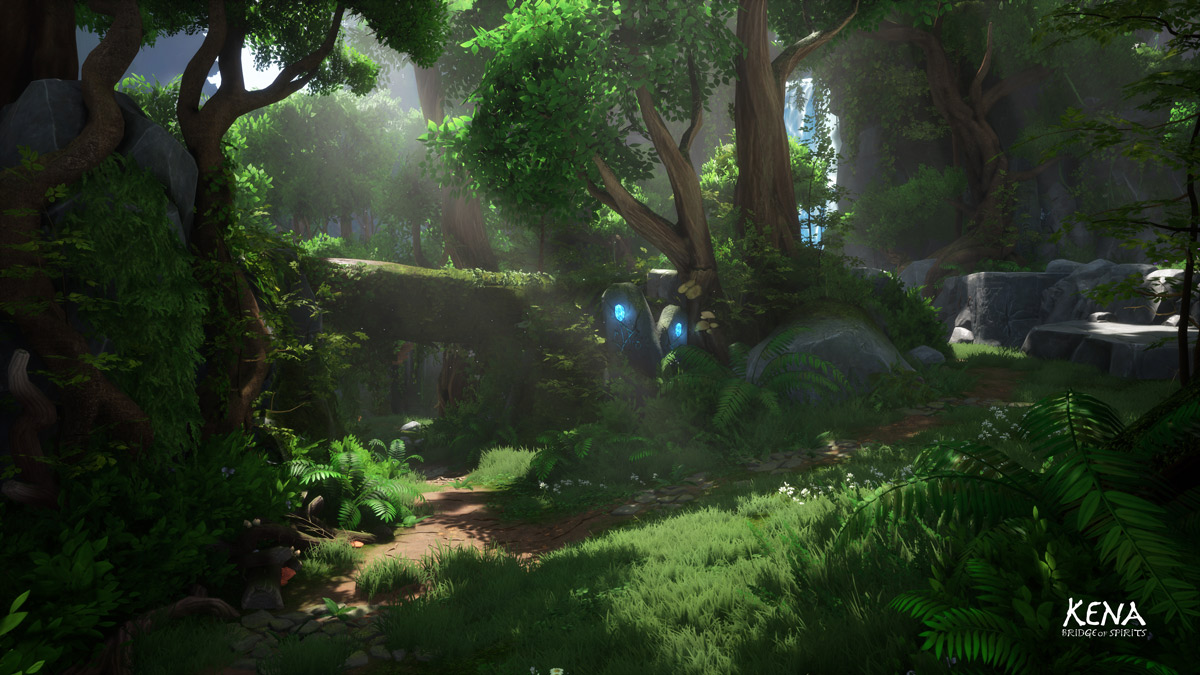 Kena: Bridge of Spirits is going to launch for both PS5 and PS4 (and PC, of course), and as is the case with most (but sadly not all) cross-gen games coming right now, it’s going to have a free upgrade path. In simple terms, if you purchase the game on the PS4, you’ll be able to upgrade to its PS5 version at no additional cost. 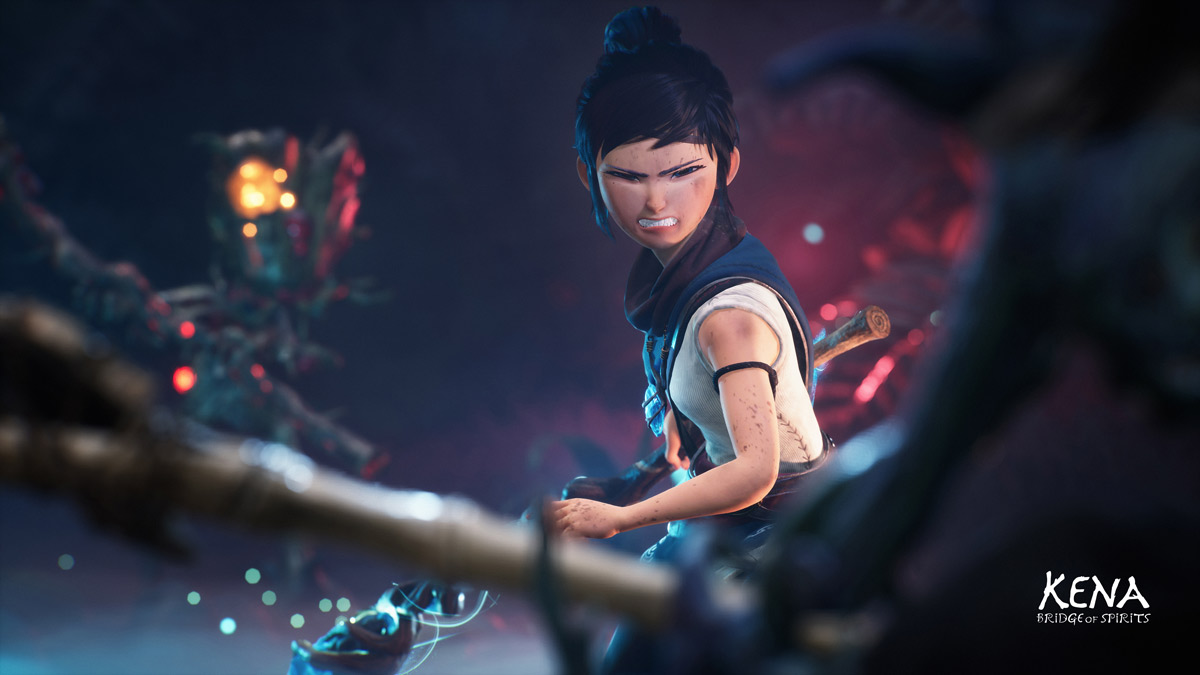 More than a few major releases in recent months have drawn the ire of fans because of their pricing strategies, but Kena: Bridge of Spirits, thankfully, is making some good calls. The game’s standard edition will cost $39.99 across all platforms, while the Digital Deluxe Edition will cost $49.99. Speaking of which… 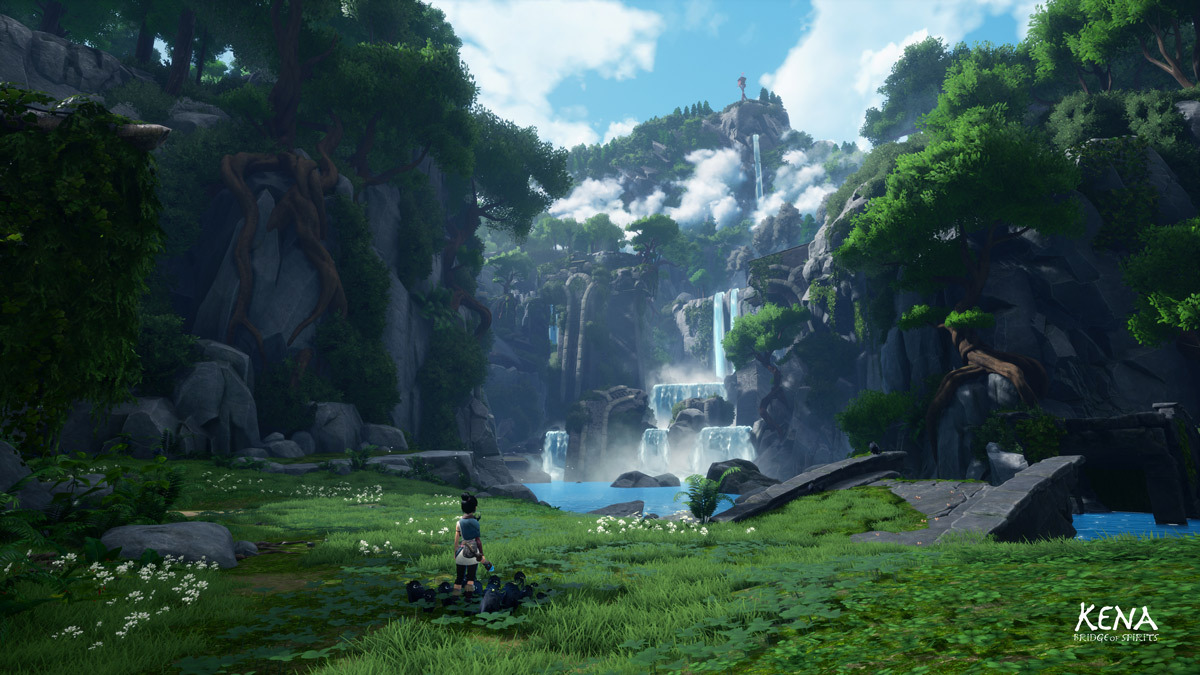 What exactly is Kena’s Digital Deluxe Edition going to include? Mostly it’s going to be cosmetic stuff. In addition to the base game itself, it will include the digital soundtrack, a unique silver Kena staff for players to use in the game, and a golden Rot skin to dress up your critter companions with.

Tales of Arise Guide – All Collectibles And Their Locations