Biomutant has the potential to become a hidden gem when it’s released on May 25. The long-in-development game offers a wacky blend of open-world exploration, multiple forms of traversal, a deep martial arts combat system, and choice-driven storytelling – all led by your furry, gene-spliced hero. If you’re like me, you probably just want the game to come out already and have seen everything needed to convince you of a purchase.

However, if you still have some lingering questions about Biomutant, I had a chance to sit in on a hands-off gameplay demonstration where I learned new details while getting clarification on some previously revealed features. Here’s a rapid-fire list of information that serves as the final primer for Biomutant before we finally dig in later this month.

What’s The Story Premise For Biomutant?

How Do You Create Your Character?

Crafting your furry critter begins by choosing one of six breeds: Primal, Dumdon, Rex, Hyla, Fip, and Murgel. Each reflects the game’s six tribes and sports inherent traits and advantages. Hyla, for example, is a resilient breed built for absorbing more damage than the other types.

As you can see above, breeds have six stats: Vitality, Strength, Intellect, Charisma, Agility, and Luck. As you tinker with your build, you’ll also see your character physically change shape to provide a visual representation of your choice. Strength-focused builds create a barrel-chested mutant while more agile heroes appear thinner.

Next, you’ll choose a genetic resistance. The four in question are Heat, Cold, Biohazard, and Radioactivity and correspond with biomes of the same type (more on that later). You’ll upgrade your resistances as you progress, but you can get a head start by either dumping your initial points into one resistance or spreading them among the four.

Now it’s time to choose how your appearance. A slider changes fur’s pattern and colors, from the ordinary to the exotic (e.g. bright neon-purple). You can change your fur anytime by visiting a barber named Trim, so don’t fret too much about getting this part right the first time.

Biomutant has 5 classes to choose from. Each comes with a starter skill and a perk. Here’s a simple breakdown of each: 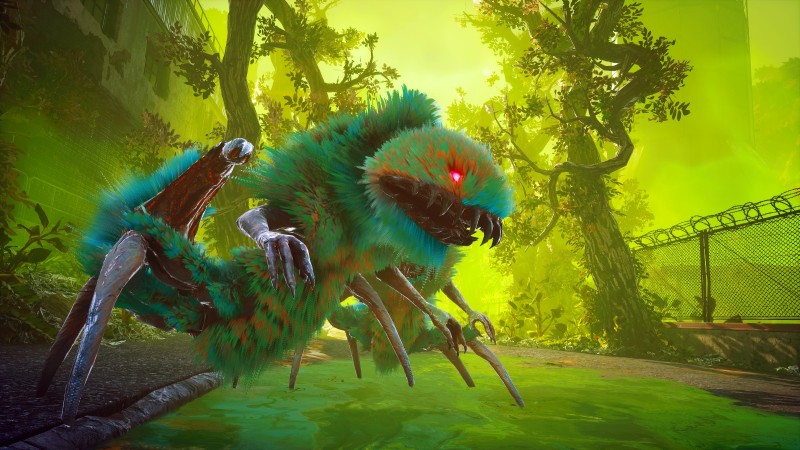 How Is The World Divided?

Biomutant’s expansive world consists of 7 biomes, some more hospitable than others. Certain areas are very cold or very hot. Others are radioactive or lack oxygen. These environmental effects will gradually damage players that haven’t built up the appropriate resistances. In addition to what’s above-ground, Biomutant also features an entire underground sewer network that can be explored as well.

How Do You Survive Within Biomes?

You’ll need to upgrade your resistance using skill points. The higher your resistance to a certain element, the longer you can endure the corresponding environment. Achieving 100-percent resistance allows you to explore a zone penalty-free. You can also equip protective gear. For example, the demo showed the player piloting a mech suit to survive within the oxygen-free Dead Zone.

Aura is essentially a karma system. Biomutant features choice-driven gameplay and storytelling, and your decisions fall into the light or dark side of the spectrum. Despite how it appears, Experiment 101 stresses there are no “right” or “wrong” choices. Aura is more about your style of approach to situations rather than the morality of it. Your Aura changes throughout the game depending on which direction you lean. Talking to NPCs of similar or opposing Aura’s will yield different interactions and, thus, various results.

So Does That Mean There Are Multiple Endings?

Sure does. Biomutant’s main story campaign features two major endings based on your decisions and how you deal with the four World Eaters. In addition to that, the Tribe War can wrap up in several different ways depending on what group you choose to ally with and how you interact with the other tribes.

How Much Do NPCs Matter?

Very much. In addition to giving out quests, characters can also point players towards hidden dungeons and other secrets. Go out of your way to talk to everyone you see. 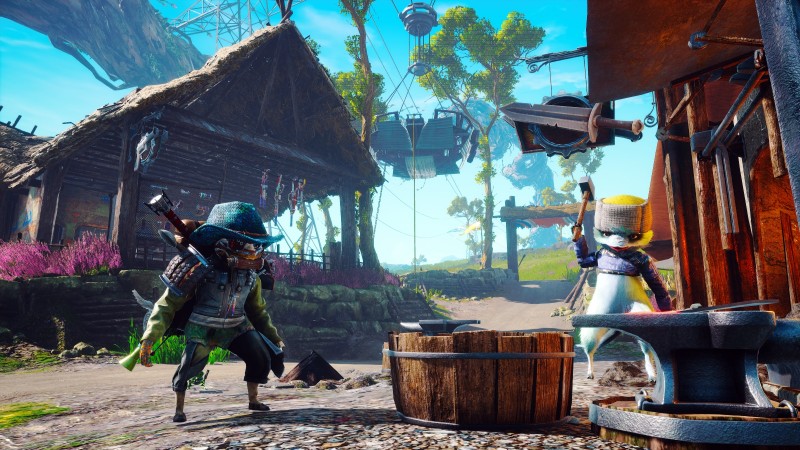 What Else Is There To Do In The World?

We still don’t know everything Biomutant’s world has to offer, but you can seek out landmarks such as Lumen Shrines, Old World Vaults, and Old World Storages, among other side excursions. These areas come in sets. For example, there are six Lumen Shrines and finding them all unlocks a secret reward. You can also find notice boards posting additional side activities.

Automatons are tiny, grasshopper-like robots you collect. They’re used to scout the world to find hidden rewards or even new sidequests.

Yes. Experiment 101 only showed off a strange rotating lock puzzle, but that’s only one of several different types of puzzles players will encounter.

How Do You Craft Weapons/Gear?

Weapons are assembled from parts and ingredients salvaged while exploring. Guns and melee weapons consist of components ranging from traditional scopes to random junk such as a trumpet horn. Weapons come with a fixed moveset of combo attacks, and you can also assign elemental effects such as fire and ice. Experiment 101 says there are 200 million possible combinations for ranged weapons alone.

Also, you can craft anything at any time within the menu; you don’t have to visit a workbench.

But There Are Workbenches, Right?

Yes, but they’re only used for upgrading your equipment.

Do Weapons Degrade Over Time?

Nope. Weapons and equipment do not degrade or break.

How Do Loadouts Work?

A loadout includes your equipped weapons and armor. Players can create up to five different loadouts. Best of all, you can swap between each on the fly with just a button press. 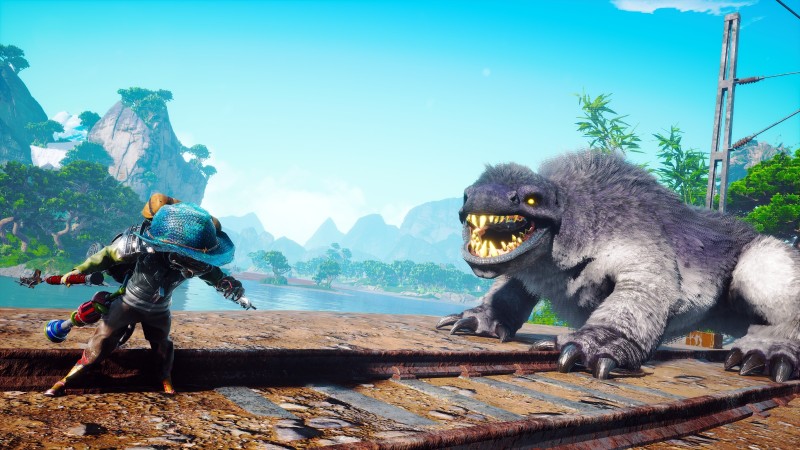 Is There A Photo Mode?

There is! Experiment 101 just announced that Biomutant has its own photo mode. It looks and functions exactly how you’d expect, but the bizarre creatures and flashy weapon effects should lend to some eye-catching images.

Is There Any Kind of Multiplayer Element?

Other than fixing any issues stemming from player feedback, Experiment 101 currently has no plans to add any post-launch content. However, the studio stresses that doesn’t mean it won’t ever add more content. For now, though, its focus is on polishing up the base game.

In addition to Biomutant’s five classes, a sixth class, The Mercenary, will be available as a pre-order bonus. This class will also be sold individually (but not until some time after launch). Beyond that, however, Experiment 101 confirms Biomutant will have no microtransactions of any kind.

Will Biomutant Ever Come To PlayStation 5/Xbox Series X?

Biomutant is slated for PlayStation 4, Xbox One, and PC. Experiment 101 says a native PS5/Xbox Series X version won’t be available “at launch”.  It hasn’t confirmed or denied that a current-gen version will ever happen, however. We’ll just have to wait and see.

For more on Biomutant, you can watch us take a tour of its combat and exploration in this episode of New Gameplay Today. We also have a video taking a look at the character creator.

Are you pretty much sold on Biomutant at this point or will you be waiting for reviews before taking the plunge? Let us know in the comments!

Stardew Valley And Death’s Door: Listening To Games That Take Their Jobs Seriously