What’s the best CPU for gaming? Right now it’s the processor which offers the heady combination of powerful single-threaded performance, some tasty multi-threaded processing chops, and a price tag that doesn’t instantly nuke your bank balance. Things are set to change, however, and the first batch of AMD Ryzen 3000 chips in our test bench have already stormed the top charts.

Despite the dominance of multi-core CPUs in today’s gaming rigs, the difficulty in coding for chips with multiple processor cores has meant we’re still not seeing many modern game engines taking full advantage of the powerful CPUs many of us now have in our machines. In fact, since AMD has decided to take the fight to Intel in terms of core-count, even six cores is becoming more and more common.

But games are slow to catch up with our tech-harvesting ways. We had hoped with the rise in DirectX 12 games, and AMD’s promise of burgeoning Vulkan API support from developers, that the CPU would become more and more important for good gaming performance. That hasn’t come to pass, and the GPU is still the most important component of your gaming rig. But that doesn’t mean any old processor will do – you still need a quality chip to get the most out of your graphics card.

AMD has usurped the top spot for the best CPU for gaming with its Ryzen 3000 processors, but it still has competition from Intel’s Coffee Lake chips in the gaming department. But this list is changing rapidly with every Ryzen 3000 chip we benchmark.

The best CPUs for gaming are: 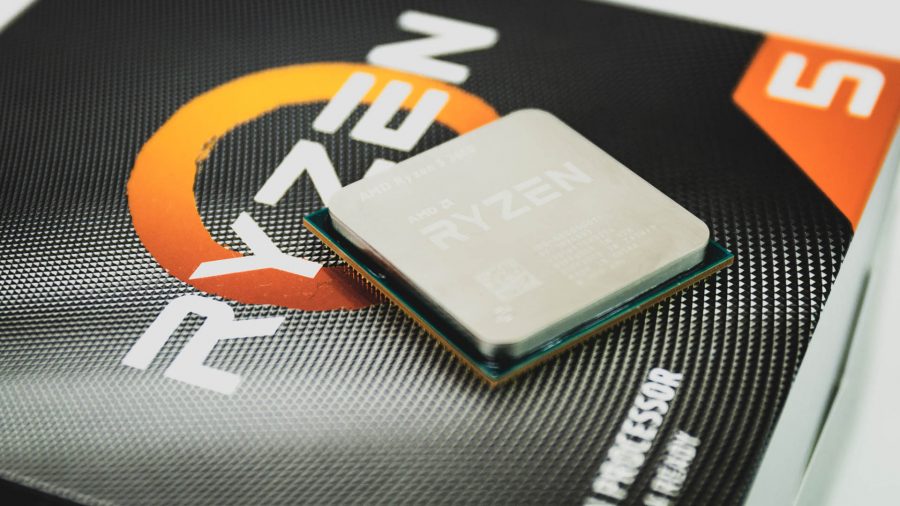 The AMD Ryzen 5 3600 isn’t just a great gaming CPU with serious multi-threading chops, it’s also an incredibly good value chip, too. Previous incumbent, the Ryzen 5 2600, remains a solid choice for the value-oriented PC builder while stocks last and prices are low, but the Zen 2 architecture adds more than enough value to justify the latest and greatest chip.

With a 15% IPC increase over second-gen Ryzen and Zen+, the Ryzen 5 3600 brings even more affordable gaming power to the mainstream market. At this price point, it not only creeps up close to Intel’s gaming lead, but outruns it – and does so without demanding great quantities of power or pennies. 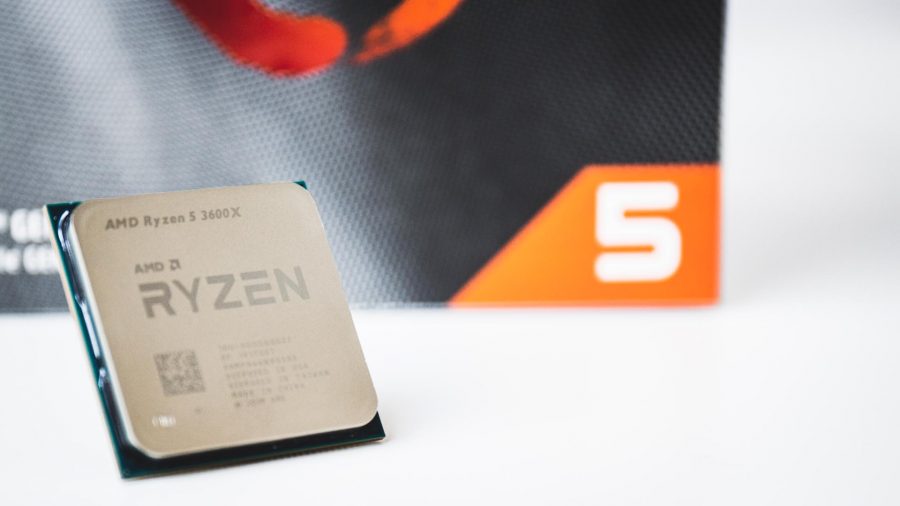 For a little more than the price of the straight 3600, the ‘X’ chip delivers a slightly higher boost clock.

The Ryzen 5 3600X is an impressive CPU that once again proves AMD’s upward trajectory. While there’s definitely a strong case to be made for purchasing the cheaper of the two 7nm Ryzen 5 chips, the X suffix nets you higher clock speeds and a more capable cooler than its cheaper sibling.

It also offers a significant bump in performance over its predecessor, and  Zen 2’s 15% IPC increase works wonders in-game. Paired with the right mainstream GPU we’re looking at a new standard for value-oriented gaming PC builds – all thanks to AMD’s Ryzen 5 lineup. 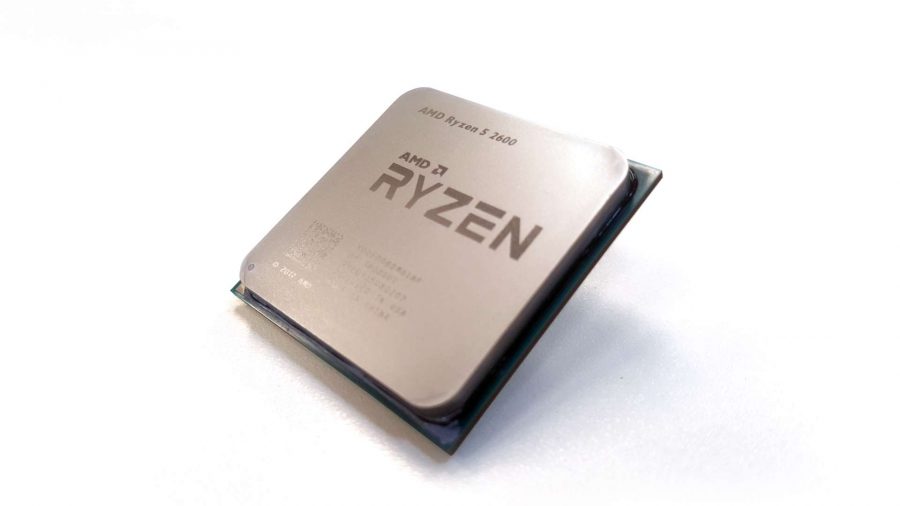 The AMD Ryzen 5 2600 isn’t just a great gaming CPU with serious multi-threading chops, it’s also an incredibly good-value chip, too. The Ryzen 5 3600 manages to usurp the top spot thanks to Zen 2 and 7nm, but while the Ryzen 5 2600 remains in stock its low price maintains it as a tempting offer nonetheless.

The 8400 still retains a slight gaming performance lead, but the fact the Ryzen 5 2600 costs considerably less than the rival Intel chip means that there’s only going to be one winner in this battle. With a little judicious overclocking, at a level which isn’t going to put any undue strain on your silicon, you can get the same level of performance as the 2600X. 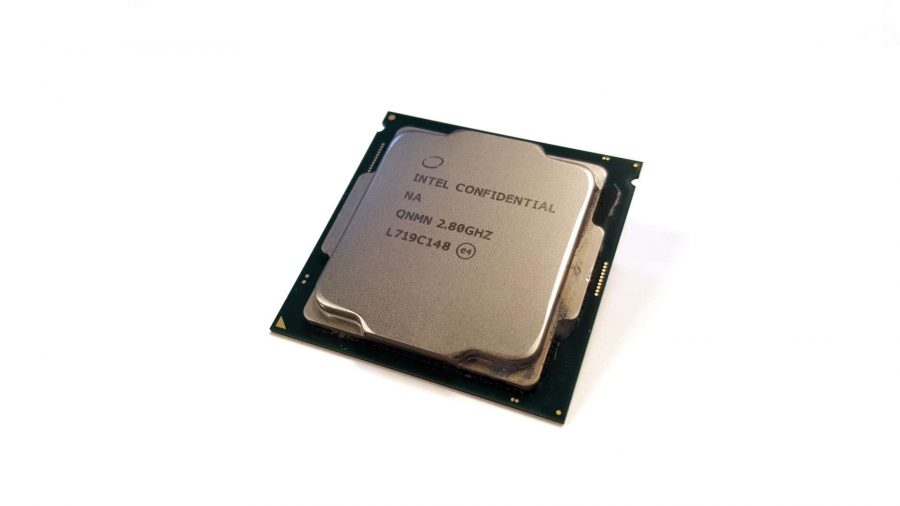 Much more expensive than AMD’s 2600

I’ve been struggling with which chip to pick from the i5 8400 and the new Ryzen 5 processors as to the best CPU for gaming. While the 8400 does have marginally better gaming performance I’d struggle to really recommend it as an overall package. The mainstream H370 and B360 chipsets mean the non K-series Coffee Lake SKUs have an affordable platform, but the 14nm production issues mean the CPUs are still more expensive than AMD’s competing Ryzen.

When the 8400 was cheaper it was a tempting option, thanks to its traditional Intel gaming performance lead, but as it is you’re paying more for less CPU power. And that could hobble your rig going forward.The future-proofing, multi-threaded chops, and near-as-dammit gaming performance, means the Ryzen 2 CPU is the better overall CPU. 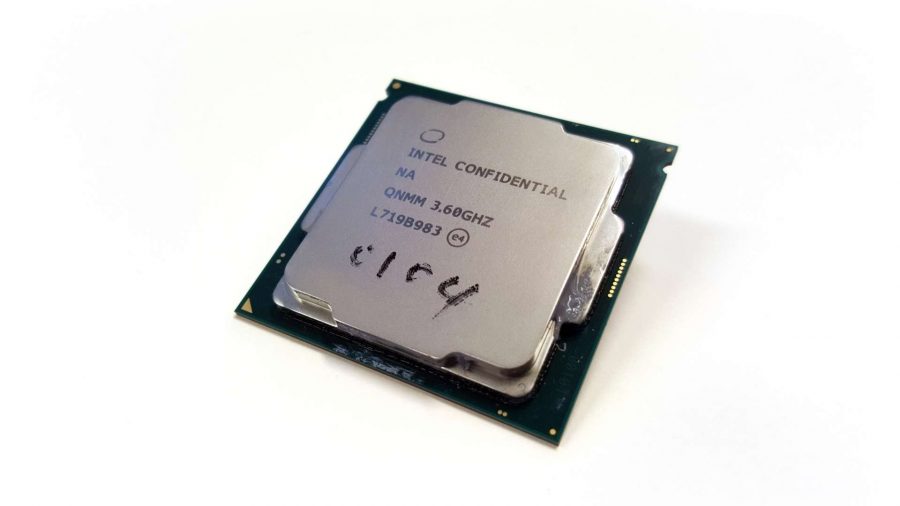 I genuinely thought that, after what happened with previous Intel generations, the K-series Core i5 would be the go-to chip for the best CPU crown. But because the Ryzen 5 2600 has the multithreaded chops, and the Core i5 8400 is just so damned good when it comes to pure gaming performance, there’s almost no need to spend the extra on the 9600K.

Where the 9600K does have relevance is its overclocking skills. The Coffee Lake chip is capable of delivering the same level of multi-threaded CPU performance as the competing 12-thread Ryzen 5 with a stable and modest overclock. To be honest, that seems to have been this processor’s raison d’être – beating Ryzen at all costs, but you need a high-end Z370 or Z390 board to get there. 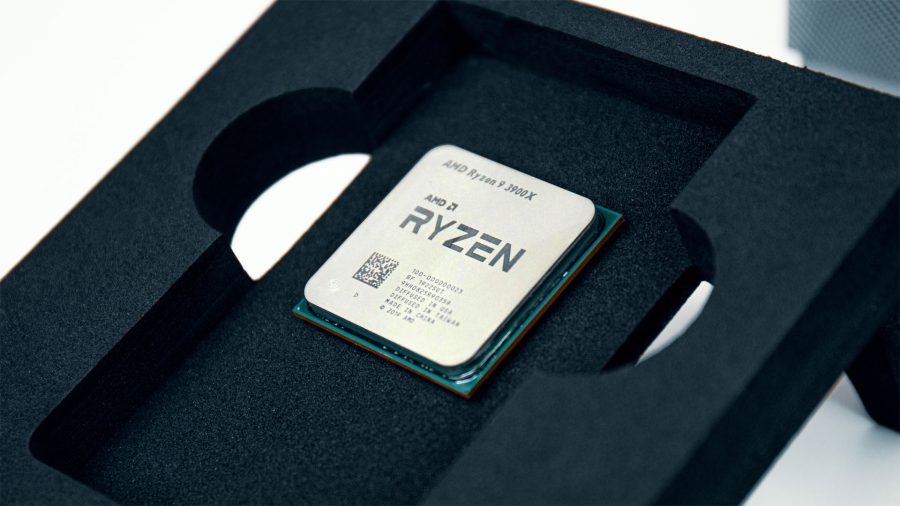 An enthusiast CPU ready for anything, and at a price gamers come content creators can stomach.

The AMD Ryzen 9 3900X currently rules the Zen 2 roost and the multithreaded market. With 12 cores split into 24 threads, it’s got the raw power to chomp through almost any creative or professional workload. And thanks to Zen 2’s unique modular topology, the 3900X’s dual chiplets manage to clock up to an impressive 4.6GHz. That’s enough to drive impressive frame times in games, too.

There’s also little need to splash out on the latest motherboard. With an AM4 socket package fit for most Ryzen motherboards in the market, the Ryzen 9 3900X is not only in a league of its own, but a terrific value proposition, too. It’s only the Ryzen 7 3700X’s equally great value and gaming chops that makes it a better pick for most gamers in need of a little extra horsepower. 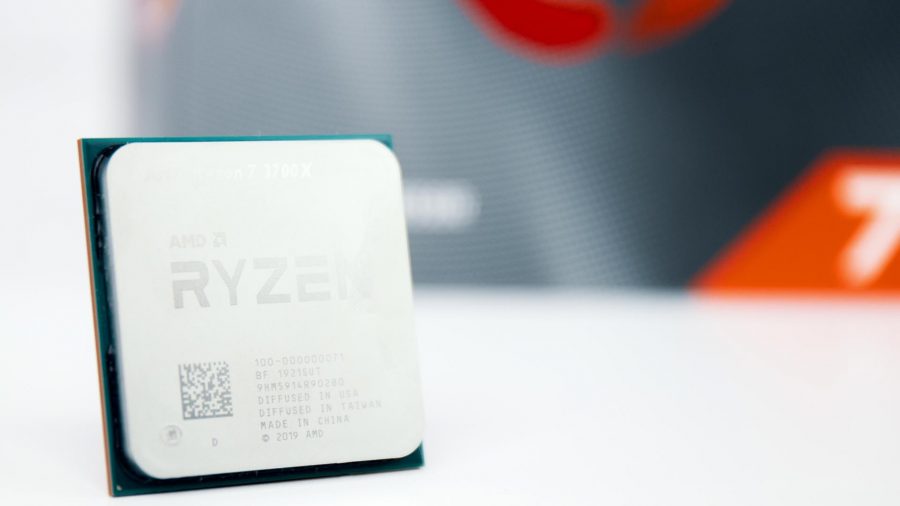 Great value for a 16-thread CPU

If you’re after a mix of multi-threaded computational chops, decent gaming performance, and great value then look no further than the Ryzen 7 3700X. It’s a well-priced Zen 2 CPU that drastically improves on the overall performance of its predecessor, the 2700X, and yet requires way less power. Importantly it’s also considerably cheaper than either Intel’s or eight-core 9700K or i9 9900K. 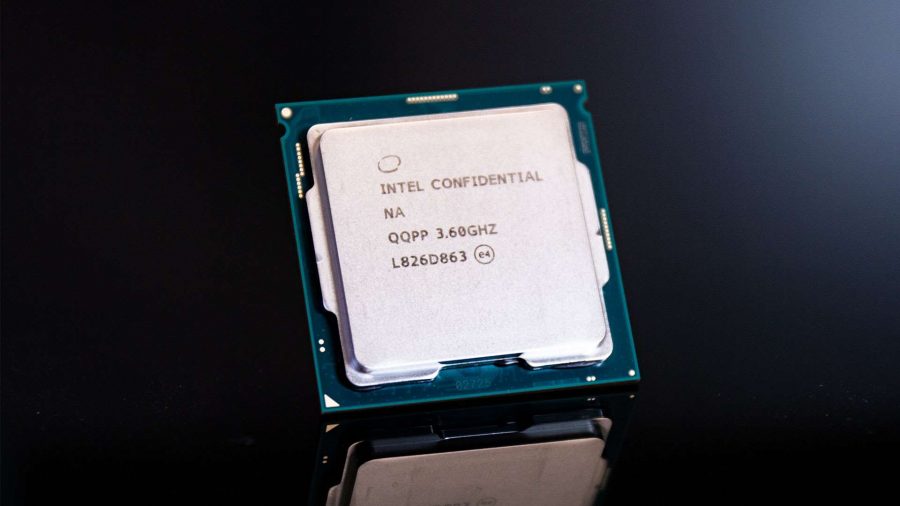 A superfast, but super-expensive CPU. But if it’s a money-no-object gaming chip you’re after, this is it.

The fastest gaming processor around

Hard to find at its already high MSRP

In most games an AMD 3700X is as capable

The Intel Core i9 9900K is the world’s fastest gaming CPU, but its painfully high price tag means it doesn’t get our nod as the outright best CPU for gaming. But if money really isn’t a thing for you then the octa-core from Intel is the best processor to pair with your high-end graphics card. But it’s inevitably in short supply right now, meaning prices are utterly prohibitive.

When it comes to GPU-bound games, which are the majority of titles, even with a proper high-end graphics card there isn’t a huge amount of difference between the in-game performance of Intel’s top chip and AMD’s high-end octa-core CPU, the 3700X, especially at 4K. It is a great chip from a technical and performance point of view, but as a value proposition – especially in the face of fierce competition from AMD – it’s a bit of a tough one to recommend. 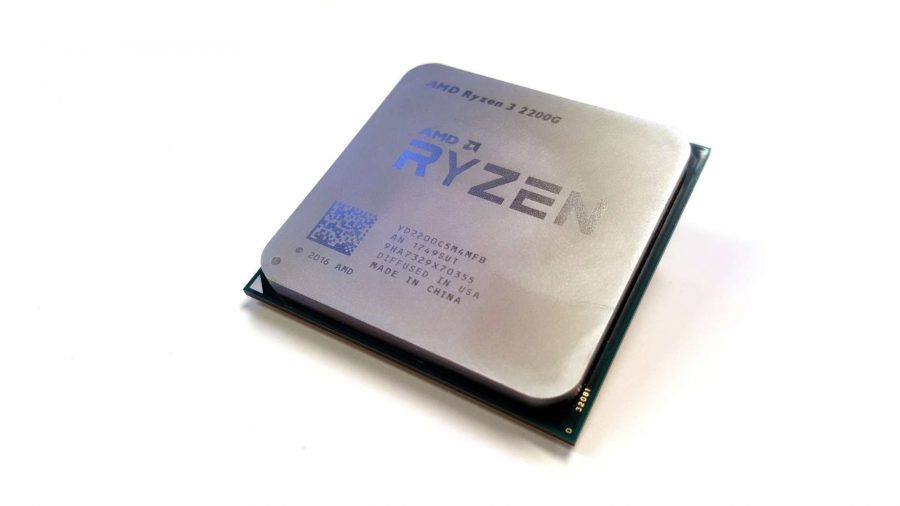 With the Vega graphics power inside it, you could create a tiny 720p gaming rig around this CPU alone.

The mix of serious quad-core CPU performance with the addition of surprisingly effective Vega GPU silicon make the this APU a winner whether you’re plumbing a graphics card into your rig or not. As the basis for a budget gaming rig the 2200G can deliver decent 720p gaming performance so long as you’re not too ambitious about the game settings that is. It’s the best CPU for gaming on a budget.

The Ryzen 5 2400G does have more about it on that front, but it’s a good chunk more expensive and the performance difference can largely be made up by overclocking the internal GPU. And, because AMD has also managed to jam a full quad-core Ryzen CPU into the package it performs admirably when you plumb in a discrete GPU. It loses a little against the 1300X on straight CPU performance, potentially because it’s got half the L3 cache, but in gaming terms it’s close enough that it doesn’t really make a difference. 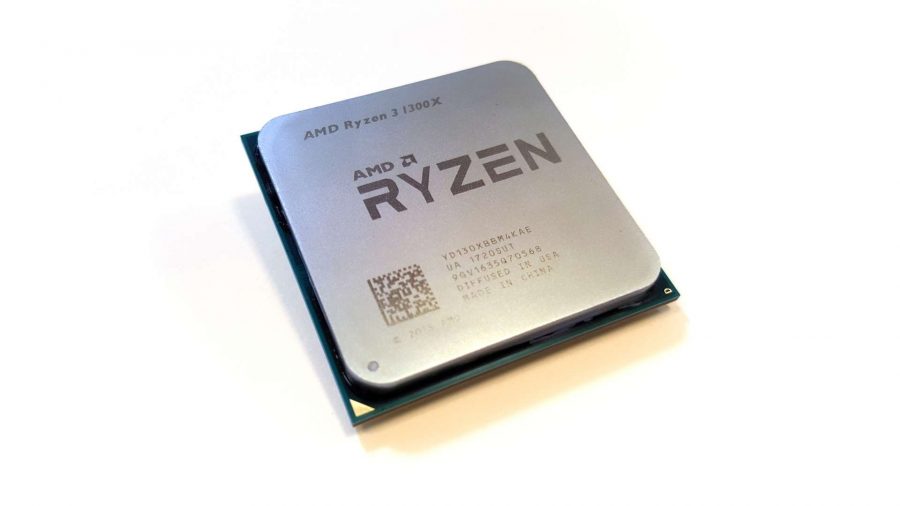 Four overclockable CPU cores for the price of an Intel dual-core. It’s a bit of a bargain.

I love budget kit. No, scratch that, I love budget kit that turns up offering the same sort of performance you would normally have to pay through the nose for. Loving your work, AMD. The 1300X was the best budget gaming chip around when it first launched, packing four overclockable Zen cores into a dual-core price tag. And it’s only been overtaken by the slightly cheaper Ryzen 3 2200G.

The overall Ryzen 3 platform is excellent too. When you can pick up the overclockable 1300X and a powerful B350 motherboard for the same price as a multiplier-locked Core i5 on its own – it becomes mighty hard to make a case for Intel. That pricing means you can build yourself a Ryzen 3 gaming rig powered by the GTX 1060 for the same price as you’d pay for a locked down Core i5 rig with just a GTX 1050 Ti. And you know which one’s going to be winning the benchmarking battle there, right? 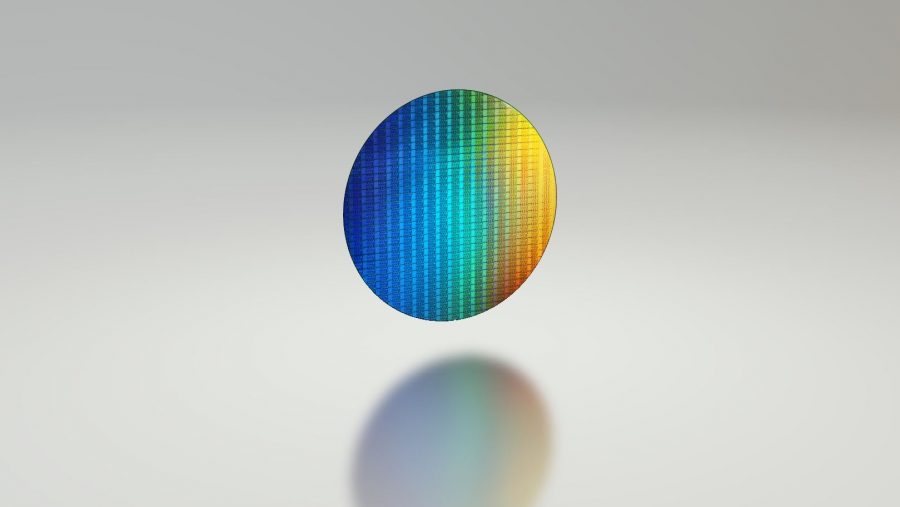 So these are interesting times, then. Where for most of our PC gaming lives we’ve been recommending whichever Intel processor suited your budget it’s no longer that simple. And that’s down to the engineering efforts AMD has put into creating its latest Ryzen lineup of CPUs.

Perfect pair: The best graphics cards to pair with your new CPU

AMD has made it very difficult to recommend an Intel processor as the overall best CPU for gaming, given the fact that you get so much more for your money with an AMD chip right now. That and the gaming performance delta between them is now so small as to be completely inconsequential.

The 2600X is almost irrelevant if you’re happy to overclock

At the mainstream end it’s the six-core, 12-thread Ryzen 5 3600 for the win. It’s a great-value, processing monster – enough so that the 3600X is almost irrelevant.

The Intel i5 8400 comes close, but thanks to Intel’s 14nm production woes, it’s pricing continues to fluctuate. And, if you’re doing serious PC work alongside your gaming hobby, it’s six-core, six-thread design sits behind the AMD chips in pure multithreaded computational terms.

At the high-end the eight-core, 16-thread Intel Core i9 9900K has lost out to the Ryzen 9 3900X. The Intel chip is simply more expensive and only really offers a tangible performance difference in CPU-bound games. Of which there are few. But over time, as GPU power increases, that will change and the performance differential displayed by the two chips will increase.

And for budget chips, the Ryzen 3 2200G will deliver a decent level of CPU performance and has a Vega GPU baked into it which will allow for 720p gaming without the need for a graphics card. A bona fide bargain.