Gamma Gaming is the newest esports organization on the European Fortnite circuit. This new brand – established by Europe footballer and Arsenal FC player Sead Kolašinac – promises to “support young people fulfilling their dreams.” With nearly 10K Twitter followers as of publishing this article – it appears that Gamma Gaming is ready to make a run to the top.

It’s official, four of Europe’s top Fortnite players have joined Gamma Gaming. The organization’s announcement video featured Th0masHD, Tschinken, Kami and Merijn in and around a mansion standing alongside Arsenal FC player and Gamma Gaming’s creator – Sead Kolašinac. Gamma Gaming also picked up Obito and mambo as Fortnite talents. The reveal itself lasted less than a minute – but make no mistake about it – these are four of the best Fortnite players in the world.

Fortnite World Cup 2019 finalist Th0masHD has re-established himself as a top contender in Europe over the last two seasons. He won the Benjyfishy Cup back in May of 2020 and two Trio Cash Cups more recently; the Denmark-native also finished FNCS Chapter 2 – Season 3 in 18th place. Alongside BL Anas and Flikk – Th0masHD is just about ready to win this season trio FNCS Championship. 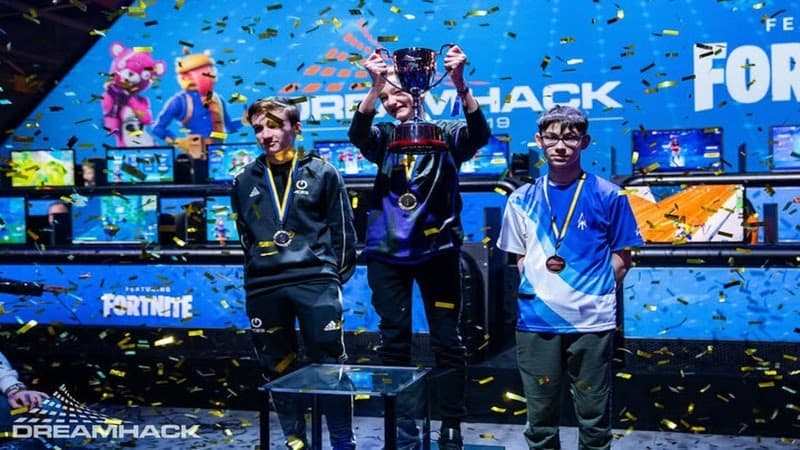 Dutch player Merijn has been around for quite some time, dating back to the Fortnite World Cup Qualifiers last year. He did not make waves until Fortnite Chapter 2 – Season 1 – where he claimed victory at the DreamHack Winter Open tournament in Sweden. Merijn overcame top dogs benjyfishy, Wolfiez, MrSavage and Andilex en route to his first major Fortnite victory. He has found most of his success as a solo player. However, his formidable trio, including duo partner Jaspaay and Lneuf is trending upward.

Since the beginning of Fortnite Chapter 2 – Season 2, Kami has been one of the European regions’ best players. ESTNN recently featured Kami as one of our top Fortnite free agents – and it’s about time an organization noticed his accomplishments. He and duo partner Kubx took fifth place in FNCS Chapter 2 – Season 2 and won a Duo Cash Cup shortly after. He recently won the Bugha Throwback Solo Cup and took 36th place in FNCS Chapter 2 – Season 3. Kami, Rakso and artor’s third-place FNCS Warmup finish looks promising ahead of the nearly $5 million tournament.

Austrian player Tschinken’s Fortnite career dates further back than any of Gamma Gaming’s four signings – making him a true original in the scene. He competed European Fall Skirmish in 2018, taking second place as a solo in week four. Early successes earned him an invite to ESL Katowice Royale. He and long-time duo partner Stompy took 12th at that event and qualified five times for the Fortnite World Cup Finals in July. Tschinken and Stompy then added Fortnite World Cup Duo Champion aqua to complete one of the best trios in Season X. This trio became Season X Champions – netting an impressive $480K USD.

Which player do we need to be #⃣1⃣?

Gamma Gaming is joining the chaotic Fortnite scene at the right time. Several top free agents are actively seeking organizations to represent. Two of note are the previously mentioned Flikk and Anas. The former recently left Wave Esports, and the latter’s contract with the Become Legends organization will expire on November 1. It would only make sense for both players to join their trio teammate Th0masHD on the Gamma Gaming roster. Could this be the next move for this new organization? We will have to wait and see what creator Sead Kolašinac decides to do next.