So you’re thinking about picking up an AMD Ryzen 5 CPU but can’t decide between the Ryzen 5 3600X and Ryzen 5 3600? You’ve come to the right place.

First of all, I want to commend you on whittling it down to these two fantastic chips. Bravo, I wouldn’t have done it any differently myself. I really wouldn’t – these two processors are both #1 and #2 on our list of the best CPUs for gaming because they so impressed yours truly with their affordable gaming chops. But if you’ve skimmed through our top chip roundup already, you may have noticed that the Ryzen 5 3600 is above its slightly more expensive sibling. And in this article we’re going to dig into why exactly that is.

Both chips are built upon the 7nm process node from TSMC, which AMD has chosen to lay the foundation of its Zen 2 architecture – the follow-up to Zen, first launched in 2016 and since taking a starring role in AMD’s return to form. The latest architecture brings in some pivotal changes resulting in a massive 15% IPC increase generation to generation. That means that AMD has managed to close the gap considerably on Intel’s gaming lead, and on equivalent value alone, overcome it.

But you can read all about the Zen 2 architecture here. For this, we’re going to focus purely on the delicate issue of deciding which of these two budget-friendly gaming chips is best for you.

To do that, we need to break down the differences between them, however few they may be. Then, once you’re wised-up on performance and comparative cooler prowess, you should have all the information you need to make up your mind on your next CPU purchase.

When it comes to hard and fast differences between the silicon on these two Ryzen 5 gaming CPUs, it essentially comes down to clock speed alone. Both feature six cores and 12 threads of Zen 2 processing power, but while the Ryzen 5 3600 will boost its handful of cores from 3.6GHz up to 4.2GHz, the Ryzen 5 3600X manages 3.8GHz with a boost clock set at 4.4GHz.

The only other disparity is the rated TDP. The AMD Ryzen 3600 features a 65W TDP, while the Ryzen 5 3600X requires a a slightly more capable thermal solution at 95W. Hence why the former comes packed with the Wraith Stealth cooler, and the latter the Wraith Spire.

Now we’re getting into the heart of the matter, and it all comes down to performance. But how much further will that 200MHz get you in-game? The answer: not much.

We see a performance gap appear slightly between the Ryzen 5 3600 and the Ryzen 5 3600X in synthetic benchmarks, however. So maybe the 200MHz clock speed bonus isn’t entirely wasted. Nevertheless, the fact of the matter is, we’re not seeing a tangible benefit in the real-world. 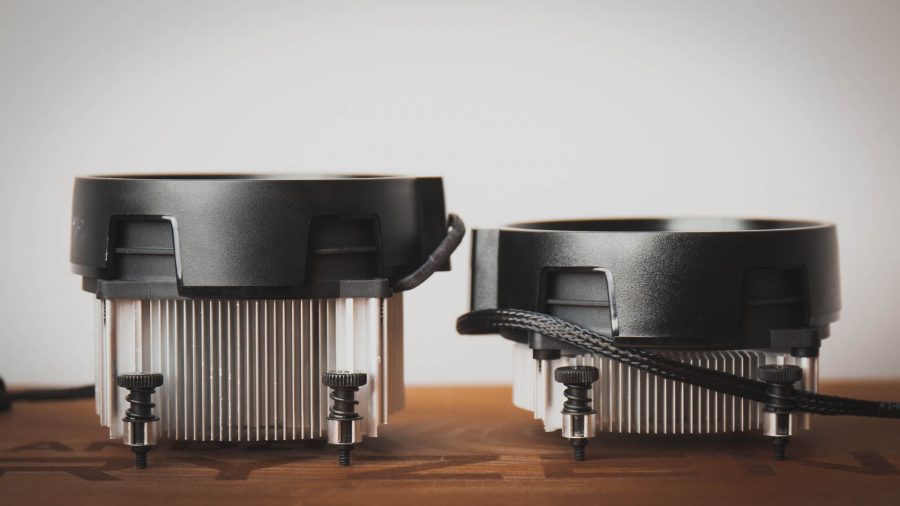 Wraith Spire vs Wraith Stealth: which is better?

Seeing as the Wraith Spire is essentially just a Wraith Stealth with high heels on… this one’s a given. The Wraith Spire is the better cooler, simply because its heatsink offers a larger surface area more able to absorb and dissipate all the heat your CPU is spitting out.

But that’s not entirely the end of the story. The Wraith Spire, while not responsible for the entire $50 price increase over the Ryzen 5 3600, is responsible for some amount of it. We can fight over the exact economics of a 200MHz clock speed increase later. Therefore, it’s all about weighing up if the slightly chunkier cooler is truly worth it over the lesser model.

We tested both coolers across both chips at idle and during a lengthy x264 v.5 benchmark run. This is an should give us a strong idea of what temperatures these CPUs will reach over a length gaming session. For the record, this was carried out on an MSI X570 ACE motherboard with the default fan curve in place. We also removed replaced the included thermal grease with a standard dose of Arctic MX-4.

What is important, however, is that neither the Wraith Spire or less-capable Wraith Stealth allow the CPU, under heavy and constant load for roughly 15 minutes, to hit temperatures above 83°C. And that’s on the least suited, and least likely, CPU/cooler combo of the lot. That’s despite both chips max TJunction temperature set to 95°C.

With ostensibly little to be gained by either, and both surprisingly capable coolers, the choice between the two becomes superfluous. 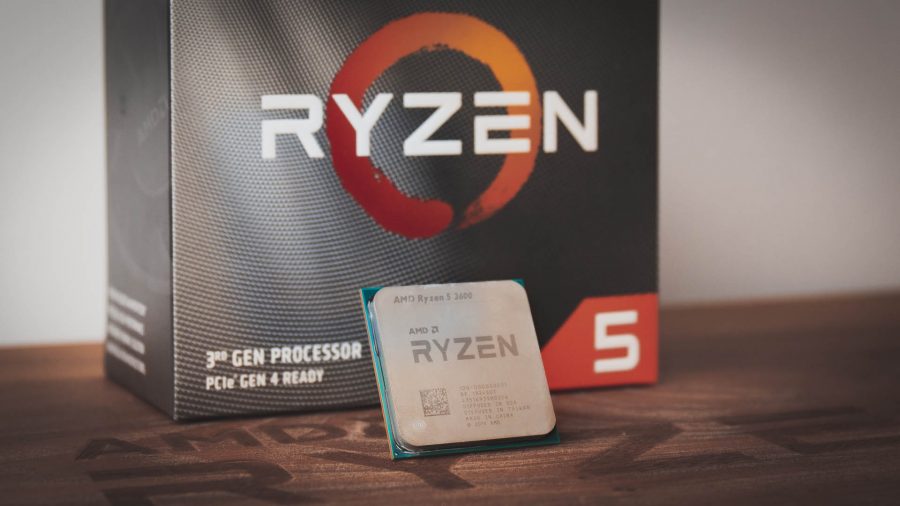 The Ryzen 5 3600X vs 3600 is actually a rather open-and-shut case. Our pick of the two has to be the cheaper, nigh-on identical Ryzen 5 3600. It’s not that the Ryzen 5 3600X isn’t worth its salt, it is. The chip offers unrivalled performance for multithreaded every day workloads, content creation, and fantastic gaming performance. It’s just not much faster than its cheaper sibling.

And when you could save $50 on the cheaper Ryzen 5 3600 and reinvest that cash elsewhere in your rig, the decision becomes even easier. That extra cash could be the difference between an Nvidia GTX 1660 and Nvidia GTX 1660 Ti – and that will make a noticeable difference to in-game performance.

The only thing keeping the Ryzen 5 3600 out of everyone’s rigs right now is the dwindling supply of $133 (£125) Ryzen 5 2600s. While slower on all counts, this chip is still a superb gaming companion, and manages to trounce even Zen 2’s heady price/performance.

Yet for all that’s on offer with that budget Zen+ chip, it’s the Ryzen 5 3600 that takes the top spot in our hearts – and the top spot in our gaming CPU charts. It’s superbly well thought out effort to save change and deliver performance on AMD’s part, and will likely prove to be the unbeatable gaming CPU in 2019.