AMD and Nvidia are genuinely competitive again, and the Radeon RX 5700 and the AMD RX 5700 XT are proof positive of that fact. The red team reacted strongly to Nvidia’s RTX Super card spoilers, which is great news for us PC gamers because it tangibly forcing the cost of these new GPUs down. Sure, it’s just baby steps right now, but graphics card pricing is now even changing before a new GPU has launched. Now, I know no one really likes an ‘I told you so,’ but I did…

Both the AMD Navi-based GPUs had major price drops in the face of Nvidia’s Super launch pre-empting the RX 5700-series’ July 7 release date. And the drop down to $399 for the XT card, which was almost the original price for this straight RX 5700 card, now means that the top Navi offering has almost completely taken down the RTX 2060 Super, and is giving the RTX 2070 Super some serious food for thought too.

It’s a head-to-head fight for gamers’ hearts and minds that’s resulting in more gaming performance for less cash and that can only be a good thing. But where does that leave the cut-down RX 5700?

Essentially the RX 5700’s focus hasn’t really shifted. Previously, at $379, it was staring down Nvidia’s RTX 2060 and offering higher gaming performance for a little extra cash. That was a little bit of a sticking point for the new Navi card when its pricing was first revealed at E3, with people questioning why it had been priced above the Nvidia GPU when many had expected AMD to really go after the GeForce jugular.

But now it’s shipping for the same price as that lowest rung of the RTX ladder, and fairly significantly undercutting the new RTX 2060 Super, arguably the value of the RX 5700 has gone up.

We had expected the RX 5700 XT would be in its sights for some light Radeon fratricide via standard overclocking, but AMD has locked the RX 5700’s frequency and power limits to stop that happening. Thankfully there is a way to unleash the full potential of the RX 5700 and match the XT.

The classic AMD rule-of-two means there is always a master and an apprentice for a given GPU. Shout out to my fellow Star Wars nerds. And so the 7nm Navi 10 chip at the heart of the RX 5700 is largely the same as the one running the XT edition. It’s got the same 10.3bn transistors inside its 251mm2 die, and the same impressive, gaming-focused RDNA architecture behind it.

Check out our Navi RDNA deep-dive if you want a more detailed break-down of the architectural changes behind the new silicon, but suffice to say AMD has made a break from the old compute-focused GCN chip design and created one that is more geared toward throughput and gaming workloads. A smart choice given where else the Navi GPUs are set to be used next year… 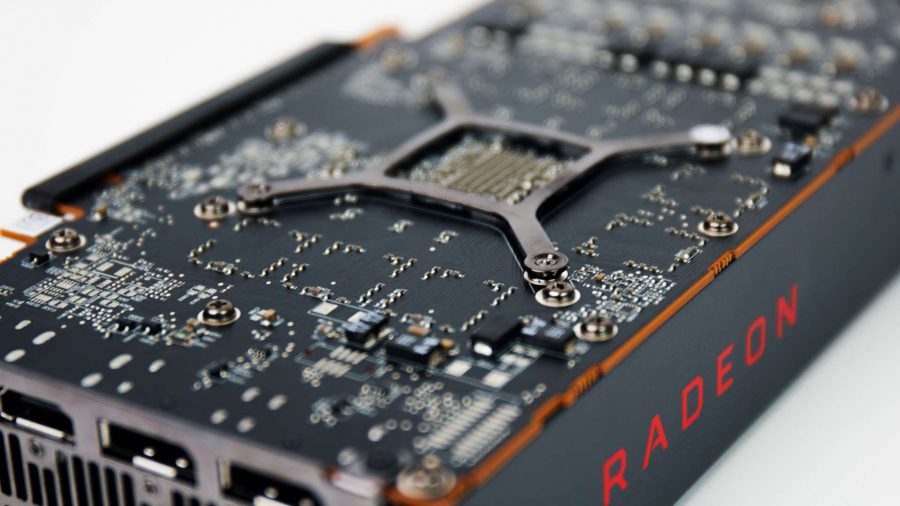 AMD has obviously cut back the GPU going into the RX 5700 compared with the XT. There are four fewer compute units in the cheaper card’s layout, which actually only equates to a pair of the newly designated ‘work group processors.’ In terms of the stream processors inside those CUs that means you’re getting 256 fewer ‘cores,’ for want of a better term.

But that’s about it in sheer silicon terms. You get the same 64 render output units (ROPs) in the chip layout, the same 8GB of GDDR6 memory, running at the same 14Gbps, and the same 256-bit aggregated memory bus looking after it.

Where AMD has really hobbled the RX 5700 is in the clock speed. Remember, the RDNA architecture is about throughput, about delivering high performance without a specific focus on parallelism. That’s why the 64 compute units of the RX Vega 64 can be comfortably bested in gaming terms by just the 36 CUs used inside the RX 5700. And so simply cutting CUs from the full GPU spec doesn’t make a massive difference to the overall gaming performance of the chip.

Cutting the frequency, however, absolutely does. And the RX 5700 is running its GPU significantly slower than the RX 5700 XT.

In terms of the rated speeds AMD is using a new term – Game clock. This is arguably a bit of a cake-and-eat-it situation for the red team, where it still gets to shout about its rarely seen peak engine clock speed while also referencing the real-world performance you’re actually likely to see. 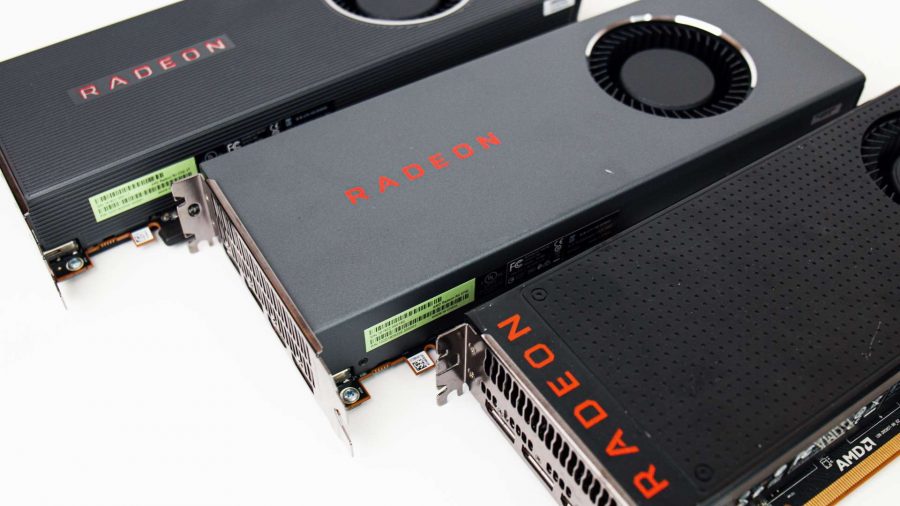 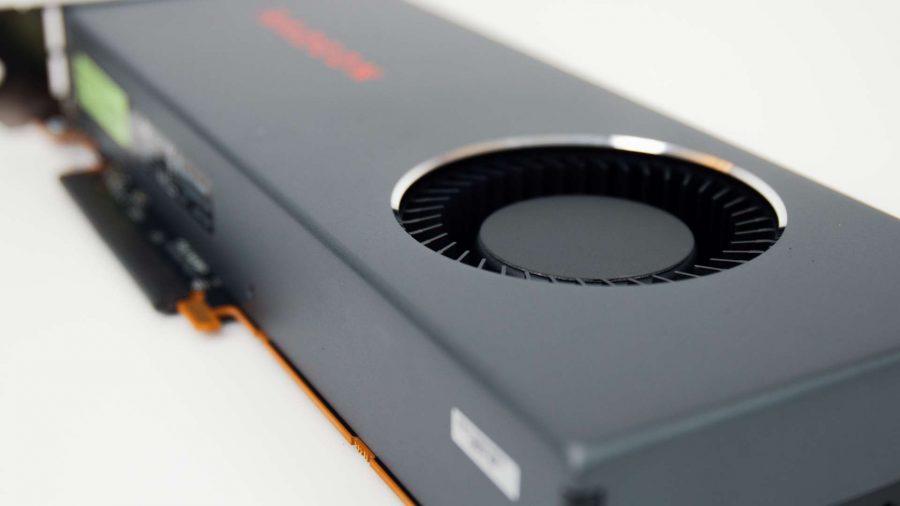 If we take the RX 5700’s main target first – the OG RTX 2060, a card that’s still being kept around despite Nvidia’s Super launch – it’s in trouble. If you just look at the 3DMark and Assassin’s Creed Odyssey performance you’d be forgiven for thinking that these two identically priced cards where on par, but look further and the delta becomes between 10 – 15% in favour of the new AMD GPU. And that’s true whether you’re looking at the 1080p or 1400p levels.

The relative performance to the more-expensive RTX 2060 Super is also interesting. At 1440p the Nvidia card does sometimes have some room to breathe, again in the 3DMark and Assassin’s Creed benchmarks, but elsewhere it’s far closer – to the point where the frame rate delta practically disappears.

It’s even more stark at 1080p where the RTX 2060 Super is only 5% quicker at the widest margin between the two cards. Throw in a little basic overclocking and you can get RTX 2060 Super performance out of the RX 5700… though the same could also be said for the Nvidia card in relation to pulling away from the second-tier Navi again and catching up to the Radeon RX 5700 XT.

But because of the artificial blocks put in place by AMD the gaming gap between the standard 5700 and the XT card cannot be bridged by some vanilla WattMan tweaking alone. It’s taken some third-party software to unshackle the RX 5700 to allow it to really stretch its legs, and show that the four compute unit difference is next to nothing in gaming performance. But it’s a simple matter of a couple of light downloads and some non-invasive tweaking and your RX 5700 will easily offer XT frame rates.

And with some judicious undervolting mixed in, it will deliver that performance with a lower GPU temperature too… 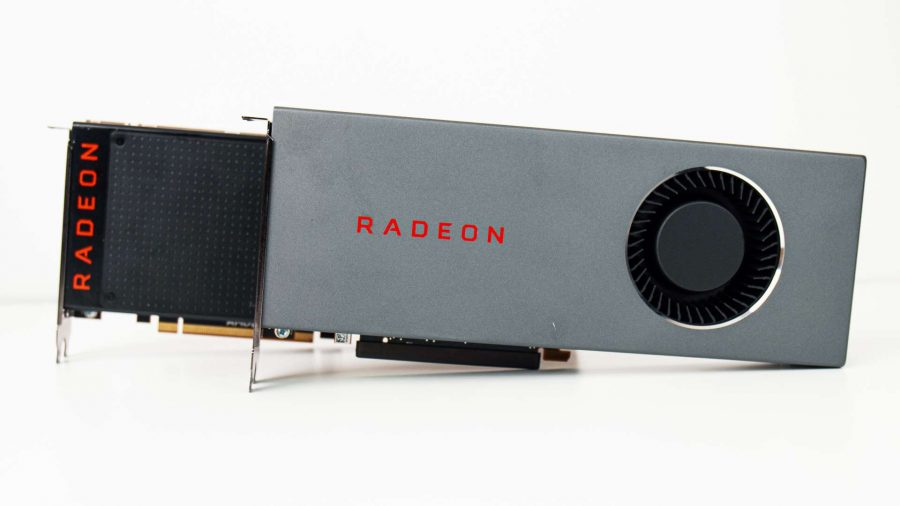 The historical performance targets also highlight the advances AMD has made with the Navi RDNA architecture. This $349 card comfortably tops the old $499 RX Vega 64 in terms of gaming frame rates, and in terms of power and thermals too. At peak, the RX 5700 runs with 26% lower power demands and does so 10°C cooler.

That’s evidently not just a result of the switch to the 7nm lithography either, because if you look at the RX 5700 XT, to get to its GPU performance the Navi chip at the XT’s heart runs at the same thermal levels as the Vega silicon and with almost the same power draw too.

Those thermal and power levels also highlight how much better Nvidia’s 12nm Turing efficiency still is. The RTX 2060 Super may only be a little faster than the RX 5700, but it runs 11°C cooler and only sucks down another 14W in terms of peak GPU power. All that despite being a 12nm design on a chip that’s a full 70% larger than the 7nm Navi silicon.

Nvidia has now confirmed it’s going to be shifting to Samsung’s 7nm EUV node – probably next year – for its next generation architecture and that means the green team’s GPUs are only going to get more efficient. And, depending on how deep the EUV integration goes and how much of a discount Nvidia gets for being a 7nm launch partner for Samsung, its manufacturing costs could be pretty low too. 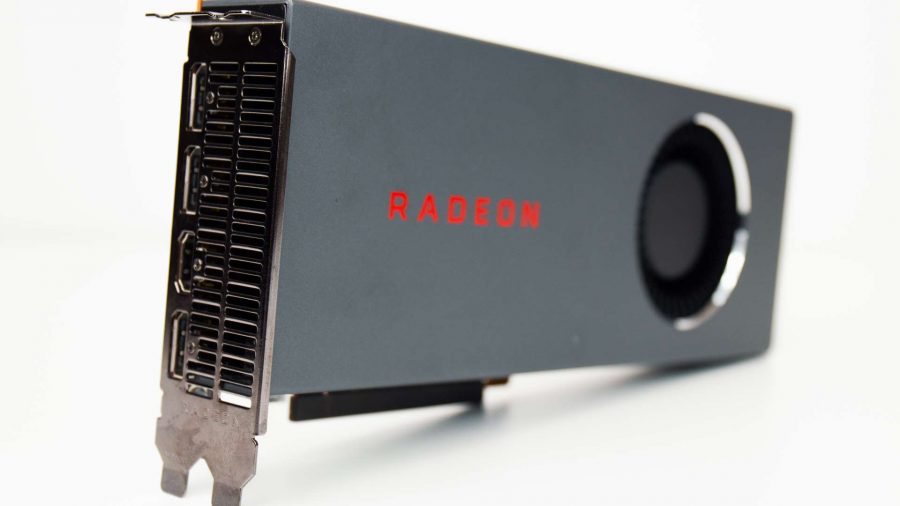 At launch this was a tough one to call. The pre-launch price cut for the RX 5700 didn’t have anywhere near as dramatic an impact as the one which the RX 5700 XT has enjoyed, and with such a slight price gap, and unassailable performance gap, the XT seems like a no-brainer.

But with its GPU frequency unshackled, and some light overclocking and undervolting mixed in, the RX 5700 can absolutely boss the sub-$400 price point. It bests the RTX 2060 Super and matches the RX 5700 XT while only costing as much as the RTX 2060. In fact, with further recent price cuts the standard RX 5700 is closer to $300.

There is the ray traced elephant in the room. Nvidia has total dominion over the next-gen pretties, while AMD has admitted that’s not coming to its PC GPUs until the next roll of the Navi dice. You may scoff at the feature now, but Nvidia and Microsoft are committed to ray tracing on the PC, and Microsoft and Sony are committed to it for their respective next-gen consoles. And just look at the E3 game announcements; whatever your feelings about ray traced effects it’s happening, and more and more games and developers will start to sport this extra level of visual fidelity. 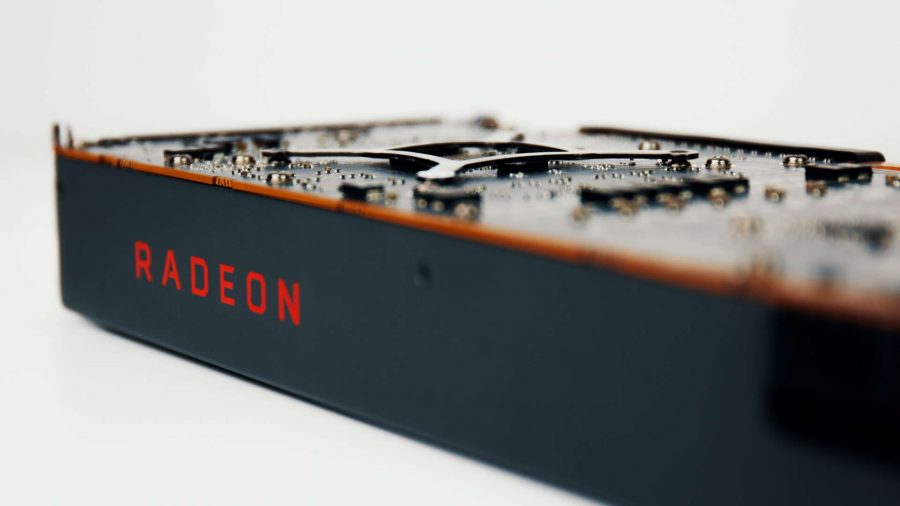 Nvidia will say its cards are looking to the future, while AMD’s are stuck in the past

But AMD’s cards can’t join in on this visual feast. It will point to the GPU demands of turning on the feature, and point to its cards being focused on pure gaming performance without frame rate dropping extras. But you could say the same for any number of graphical technologies in their nascent stages, hell, even higher resolutions too. Why move from 720p to 1080p if it cuts my performance? Why use anti-aliasing? Nvidia will say its cards are looking to the future, while AMD’s are stuck in the past.

Where you see yourself in that particular argument will dictate whether you just want a graphics card that can cope with the rasterised gaming demands of today or whether you want to join in on the ray tracing party.

But whichever of those you choose the RX 5700 is a far easier card to recommend now than it was at launch. It’s price has dropped, it’s performance potential unleashed, and when it’s only $50 more than the far-weaker GTX 1660 Ti it’s become a fantastic gaming card.

You do need to put in the work to make it that great a card, but it has the value proposition to offer and some serious performance to boot. It was being outmuscled in a very crowded market with its AMD shackles in place, but once you find the key it becomes an easy recommendation.

AMD’s second-tier Navi is now the price/perf overclocking hero, besting the competing Nvidia GPUs and matching its XT sibling frame-for-frame. But none of that is thanks to AMD, which locked users out until 3rd party software took off the shackles.

The Surge 2 is Now Available for PS4, Xbox One and PC

Greedfall Guide – All Skills, How To Quickly Level Up and Memory Crystal Locations

Greedfall Guide – All Skills, How To Quickly Level Up and Memory Crystal Locations