A League of Our OWn.

Activision Blizzard’s Overwatch is more popular than ever. The Overwatch League, a collection of professional teams from across the globe, has completed its very first season with the London Spitfire taking the championship over the Philadelphia Fusion. The All-Star Weekend was a blast; the Overwatch World Cup 2018 was extremely successful, and the upcoming BlizzCon 2018 is highly anticipated. Take into account the hundreds of thousands of people watching tournaments and matches on Twitch and ESPN, it’s easy to see that people are clamoring for more Overwatch.

However, with a buy-in of $20 million or more for a professional team, an Overwatch League team is out of the price range of many investors. Due to this, the Overwatch Contender’s League and the Open Division were created to put a spotlight on up-and-coming players who are hoping to advance to the Overwatch League.

The Overwatch Contender’s League and the Open Division

The Open Division is open to all amateur players and teams. Season 3 had five hundred seventy-eight teams enter from across the globe, with some of Las Vegas’ very own competing. The Contender’s League is a semi-professional league that is a showcase of talent for the Overwatch League. If a player wants to be in the Overwatch League, chances are they will shine in the Contender’s League first. That’s all well and good, but in order to keep a team’s skill sharp…and to be ready to compete in the next Open Division season, teams need to practice at peak performance. They need to replicate the high-tension play and tournament settings.

That’s where Wolf & Lamb PC hit upon something for the Las Vegas Overwatch scene. After supporting the Wolf & Lamb PC team in Season 3 of the Open Division, they decided that they wanted to do more for the Las Vegas Overwatch community. Wolf & Lamb wanted to facilitate in the creation of teams, to help existing teams train, and, to “level up” the local Overwatch community through a series of local tournaments that mimic the Open Division format.

How do I Get Involved? 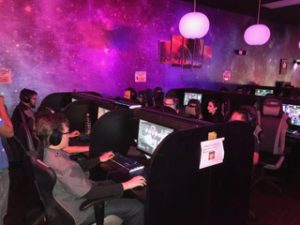 The new series will run for ten weeks from October 5th, 2018 – February 8th, 2019 with a Grand Finals TBD later in February.  The tournaments will be hosted and ran by Wolf & Lamb two Fridays a month from 7PM – until complete.

Any number of teams may enter. Also, there isn’t an SR requirement or limit so you can be Bronze or Grandmaster and still compete. The only requirement is that you have six or seven people who are committed to showing up and having a good time.

In fact, Wolf & Lamb PC are making this extremely easy by offering free practice time and the ability to enter as a solo player. If a solo player enters, they will be grouped up with a team of solo players with similar SR rankings—that takes off some pressure from a player trying to wrangle a team together.

The tournament will be based on Open Division rules with Swiss Seeding and will be a point-based system. If a team has to miss a Friday or two, they’ll still be in the running for the finals. The entry fee per tournament/per team is only $30. Wolf & Lamb PC will take $5 from that for fees; the rest will go toward the weekly tournament payout.

Why Wolf & Lamb Continue to Support the Community 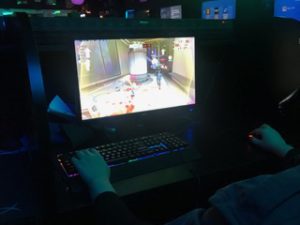 I was invited to learn about the tournament series and observe a scrimmage between Wolf & Lamb PC team and another Open Division team by Levi “GalaxyWolf” Lamers, the owner of Wolf & Lamb. I immediately wanted to know the reason behind creating tournament series and his own Las Vegas Overwatch team. Levi said that he really just got “a good feeling from supporting the community.” His biggest joy “would be to get some talented young player from Las Vegas to advance to the Contender’s League, and hopefully, the Overwatch League itself.”

If I’m honest, Levi will probably lose money on the venture, but he didn’t seem bothered. He was so passionate about promoting the Overwatch community that I kind of got swept up as well. Who knows…maybe, I’ll form my own team. From what I’ve seen already, we have more than a handful of very good Open Division teams eager to kick off this local series.

I’ll be following up this article with an overview of local Overwatch teams and players. If you have a team and want to be highlighted, feel free to reach out to me on the www.BeyondBetaPodcast.com website or on Twitter at @SteveJShockey.

If you’re eager to start a team of your own, want to compete as a solo, or just want to watch the tournament, check out all the details on Wolf & Lamb PC’s Facebook page here — @WolfandLambPC. 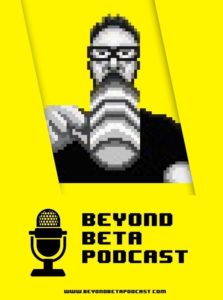