With the PS5 and Xbox Series X right around the corner, we’re all excited about the technological leaps that games will be making thanks to next-gen hardware. But from a visuals and performance perspective, if we really want to reap the benefits of those leaps, we’re going to need more than just the consoles themselves. HDMI 2.1 compatible displays, specifically, are going to be crucial to make the most of your new console’s hardware features.

But what exactly are the most crucial HDMI 2.1 features that the PS5 and Xbox Series X will make use of to deliver a better gaming experience? Let’s take a look.

VRR support is an HDMI 2.1 game-changer. Variable refresh rate panels have, until now, been a PC-centric domain. Monitors that support the AMD FreeSync and NVIDIA G-Sync standards, when connected to compatible GPUs, would dynamically vary their actual refresh rate to perfectly match the rate at which the GPU outputs frames.

What does this mean in terms of the gaming experience? If you’ve ever run a game that’s dropped below 60 FPS (and yes, that’s basically everyone), you’ve probably noticed a bit of stutter, especially when turning the camera. This becomes more pronounced the lower the framerates. This is actually why developers tend to lock games at 30 FPS instead of running with an unlocked frame rate: that low, low frame rate is actually subjectively smoother than an unlocked frame rate that varies too much. Variable refresh rate technologies sync refresh rate to GPU output, delivering a smooth experience, even when the frame rate dips.

With HDMI 2.1 and VRR, that’s now something console owners can take advantage of. Technically, the Xbox One S and Xbox One X do support FreeSync, but only with a limited number of monitors. And honestly, who hooks their console up to a PC monitor, anyways?

VRR is a new standard built with support for consoles in mind. VRR-compatible HDMI 2.1 TVs will vary their refresh rates, depending on the GPU output piped through HDMI. Since many console games are targeting 4K/60 FPS, VRR might be a real lifesaver when console frame rates drop.

eARC takes the concept of ARC (simplifying your audio experience over HDMI) and significantly boost flexibility and maximum audio quality. HDMI 2.1 compatible TVs, when connected to compatible HDMI 2.1 audio devices, are able to relay uncompressed, ultra high-quality, multichannel audio. This is a real boon because conventional TVs tend to compress audio out, making it tough to get great audio quality, especially with high-end gear. eARC drastically simplifies the process: if you have an HDMI 2.1 TV connected to eARC devices, you get uncompressed audio.

This one’s more of a convenience feature, but it’ll be great to see it as a standard in upcoming HDMI 2.1 TVs. Automatic low latency mode detects the content on-screen and enables your TV’s game mode if a game’s running. This means you won’t have to take out the remote and manually enable game mode every time. Why do you even need game mode? TV’s tend to have terrible latency relative to monitors and a lot of that is due to the extra processing and upscaling they handle. This usually isn’t a problem with video content. With games, though, the extra milliseconds really add up and can make it hard to play latency-sensitive genres, like twitch shooters.

The HDMI 2.1 standard supports resolution as high as 10K. That’s incredibly forward-facing since 10K panels don’t even exist yet. In the here and now, however, you’ll benefit from HDMI 2.1’s enhanced refresh rate and resolution support on 4K and 8KTVs. HDMI 2.1 supports 4K at up to 120 Hz, as well as 8K at up to 60 Hz. Considering that both Sony and Microsoft have talked up their respective consoles’ high refresh and high frame rate capabilities, this is a must-have if you want to take full advantage of upcoming high refresh rate and high resolution games.

Let’s take a look, now at the best HDMI 2.1 TVs on the market. We’ll pay particular attention to sets that support VRR, eARC, ALLM, and high resolutions and framerates. 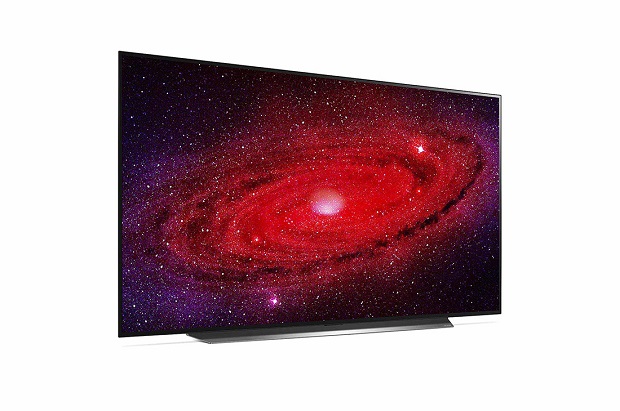 The LG CX lineup is possibly the best HDMI 2.1 lineup PlayStation 5 and Xbox Series X owners will want to look at in the months to come. The TVs in the CX series were built with gaming in mind, supporting the entire gamut of HDMI 2.1 features, from VRR to eARC to ALLM to a 120 Hz 4K refresh rate.

The CX lineup utilises HDR-compliant OLED panels, with stunning black and high brightness for a premium HDR experience. The lineup starts with a 48-incher, the 48CXPUB, an ideal device for a desktop experience. If you want a more PC-like experience on your console — or if you want to hook up your PC to your display for productivity on the side, the 48CXPUB is the way to go. 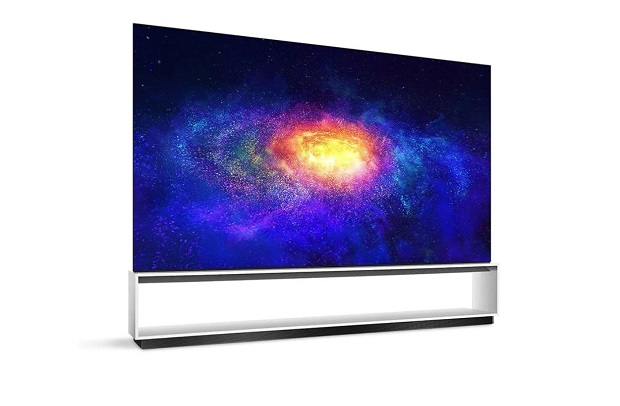 The LG “Signature” ZX is the best HDMI 2.1 compatible TV on the market, period. There’s no getting around that fact. There’s also no getting around it’s mammoth US$30,000 price tag. Considering that Xiaomi currently sells a 98-in TV (albeit at 4K) in the vicinity of US$3000, that price tag is monstrous to say the least.

However, for your money, you’re getting the top-tier HDR experience available with LG’s best OLED panel. You’re also getting a full suite of HDMI 2.1 features, starting with 8K. While we don’t know of any PlayStation 5 or Xbox Series X games in development right now with 8K support, we expect to see titles cropping up in the future. If you’re on PC, 8K gaming (albeit with compromised settings) will likely become a reality as soon as NVIDIA launches its Ampere lineup next month. 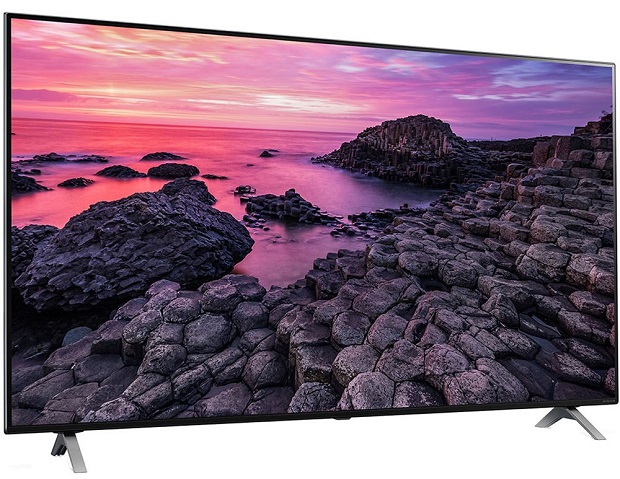 There are quite a few LG TVs in this list, and for good reason: LG’s been very aggressive about bringing HDMI 2.1 to its 2019 and 2020 TV sets, so much so that even budget-oriented lineups like the LG Nano series now support HDMI 2.1

The Nano series features Nanocell technology: this means you’re giving up OLED for the next-best thing, a FALD (full-array local dimming) LCD. While blacks aren’t inky, you get fairly good positional lighting in HDR and a better experience than most regular LCD screens will get you. The Nano lineup offers different levels of HDMI 2.1 support. You’ll want to watch out for the entry-level variants like the Nano80 55-in, which makes do with HDMI 2.0. Move one step up to the 49NANO80TNA, and you get a range of HDMI 2.1-oriented functionality. That particular 49-incher offers variable refresh rate and ALLM. You don’t get eARC, unfortunately. 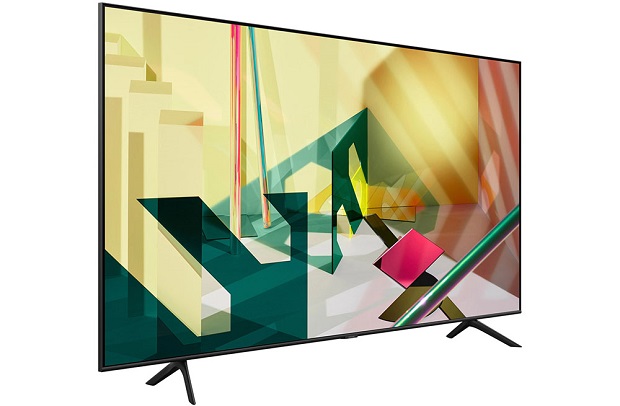 While Samsung hasn’t been quite as enthusiastic as LG with introducing HDMI 2.1 in its product stack, a number of midrange and high end Samsung displays support the standard. Why does this matter? Because most of these displays leverage QLED technology, a viable alternative to OLED. QLEDs are functionally similar to LCDs, which means that you get relatively poor black levels. However, QLED technology allows Samsung to really pump up the brightness, meaning a spectacular HDR experience. Since console HDR support is expected to be widespread on the PlayStation 5 and Xbox Series X, this is a major plus.

The Q70T series — specifically those models 55 inches and up — support HDMI 2.1. They don’t support the entire HDMI 2.1 featureset. However, you get the key basics. The Q70T series supports eARC for a better multimedia experience. While VRR per se isn’t supported, Q70T series TVs support AMD FreeSync over HDMI. This actually makes this a viable buy for Xbox One X owners looking to get into variable refresh rate gaming right now. While ALLM and its automatic convenience are missing, the Q70T series features Samsung’s Real Game Enhancer+ technology which claims to reduce ghosting and motion artefacts in games. 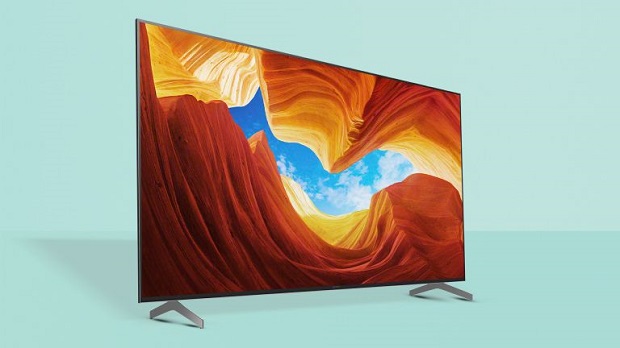 Hardware almost always works better when you synergize within the same brand. While Microsoft isn’t exactly selling any Xbox displays, it’s easy to forget that Sony isn’t just the PlayStation 5 maker. It manufactures a whole range of excellent TVs as well. The Bravia XH90 is our pick for the best HDMI 2.1 TV optimised for the PlayStation 5. The XH90 comes in at a reasonable price point for the 55-in variant and features a FALD (full array local dimming) panel. While not quite as good as OLED, FALD enables you to experience the contrast and brightness highlights that make HDR so immersive. You also get full support for a whole host of PlayStation 5 and Xbox Series X-friendly HDMI 2.1 features, including 4K at 120Hz, eARC, a variable refresh rate, and auto low latency mode. What’s not to like? 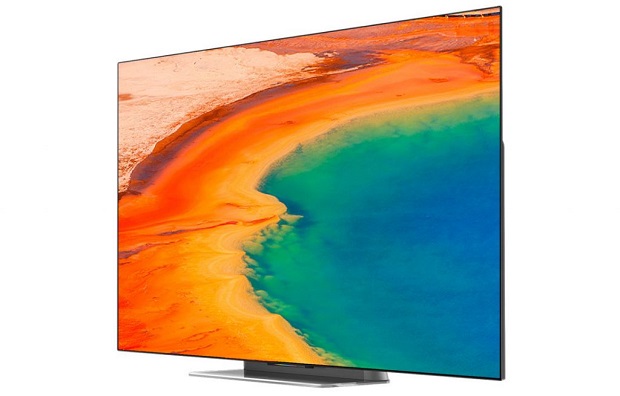 Why is a Xiaomi device even here? The Chinese maker delivers TVs with immense bang for buck. The Mi TV Lux 65 is no exception. At approximately US$1870, it isn’t exactly cheap. However, you’re getting a premium, 65-in OLED with Dolby Vision HDR.

From a gaming perspective, we’re impressed with the very wide VRR refresh window on this panel, from 40-120 Hz. The VRR window is the range of refresh rate at which VRR operates at and this is substantially higher than most TVs we’ve seen. It makes 4K 120 Hz gaming viable, a key future-proofing element for those looking to get into high-refresh rate gaming on the PlayStation 5 and Xbox Series X. This Xiaomi set also features ALLM and eARC for a well-rounded HDMI 2.1 experience.